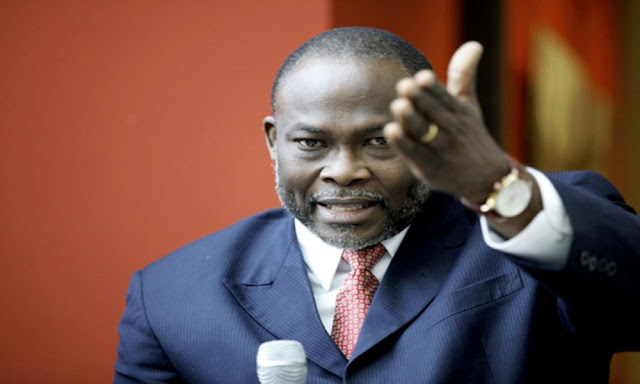 “Nobody within the NDC is expecting Spio-Garbrah to come and take us two terms. We are expecting who will win power for us in 2020 and the only person we see very potent in winning power for us in 2020 is John Dramani Mahama; they should leave it or take, simpliciter!” he told sit-in host Kwaku Owusu-Adjei on Anopa Kasapa on Kasapa 102.5FM Friday.

For him, President John Dramani Mahama’s future will be determined by the party insisting the NDC will shove the flagbearership position down his[Mahama] throat as he’s the best choice for the party now.

Flagbearer aspirant of the National Democratic Congress (NDC) Dr. Ekwow Spio-Garbrah is calling for strong competition in deciding who emerges the Presidential candidate of the party for the 2020 general elections.

According to him, the largest opposition party has not had competition in the two previous elections which saw ex-President John Mahama being elected as the party’s Presidential candidate.

“NDC needs competition, in 2012 we agreed to have no competition, in 2016 we agreed to have no competition. We cannot be a party where every time we only correlate people but we don’t allow competition. Competition is good for the party, it’s good for the candidate because it pushes us to give our best. If you don’t have competition in your party when you go to the national elections you’ll also lose because you’ve not tested the ground, you’ve not actually activated your members. It’s like a farm where the activation has not taken place and you’ll find that you don’t have a bountiful harvest,” Dr Ekwow Spio-Garbrah told Francis Abban on the Morning Starr Thursday.

He further urged members of the NDC to vote for a presidential aspirant who can serve two presidential terms if the party wins power.

But Joseph Yamin argued that Dr. Spio-Garbrah is deluded in his thinking that the main opposition NDC is seeking for a Flagbearer that could lead the party for two terms as President.

He stated: “the point for us is we don’t need a two-term Flagbearer, that is not our target for now. Our main goal is to win the 2020 elections and not who’ll serve two terms.”

“I’ve been a fan all this while, but I’m sorry to say that Spio Garbrah is gradually disappointing me with his statement and politics. I’ve been an advocate of him and I see that he’s a politically mature person; Somebody knowledgeable and an asset for the NDC. However, I’m worried about his statements of late. I sometimes ask myself what is making him so desperate to go out there and be making those statements?” he wondered.