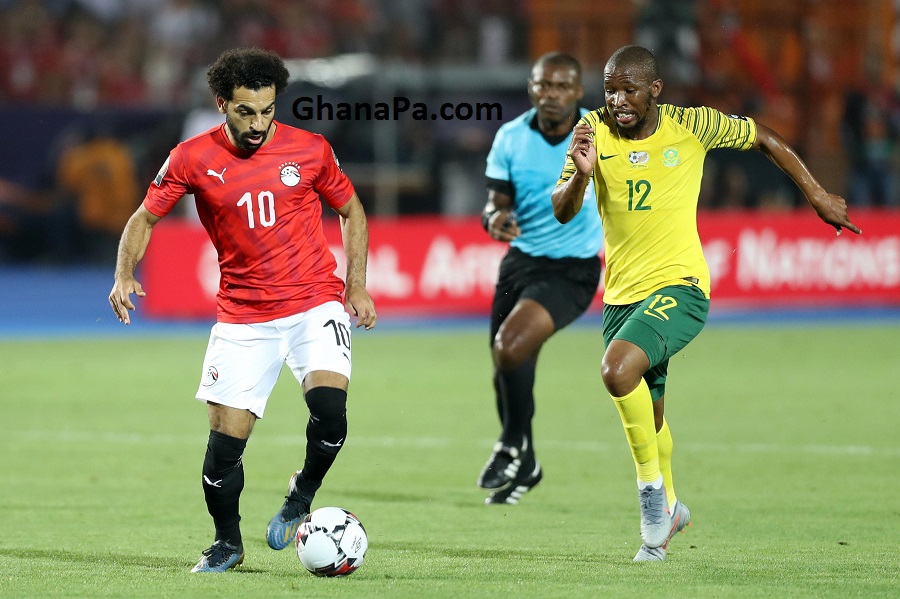 According to GhanaSky.com sports analyst, Bafana Bafana of South Africa challenged the hosts Egypt for a place in the last eight, meaning the host Egypt, is out of the AFCON 2019 game.

But, Mohamed Salah and his team did faced the South Africans, it was a soccer battle for 90+ minutes before the Egyptians received a Killing wallop from the Bafana Bafana of South Africa.

What a defeat! What a hammer! What a beat! and What a conquer!

“We prepared well and mentally focused. We know it’s going to be a very tough game. We are looking forward to a nice game for the Cairo people.

It’s normal, they’re the host and they’ve got good players that we respect, but on the pitch its 11 versus 11.

It should be a nice football game. We have to focus and prepare well and we’re confident.

I think we have been defending very well and it’s inspiring to be part of the national team that reached the last 16.

We are excited with this challenge and we are ready. We have quality players and hopefully we will show that at the game.”