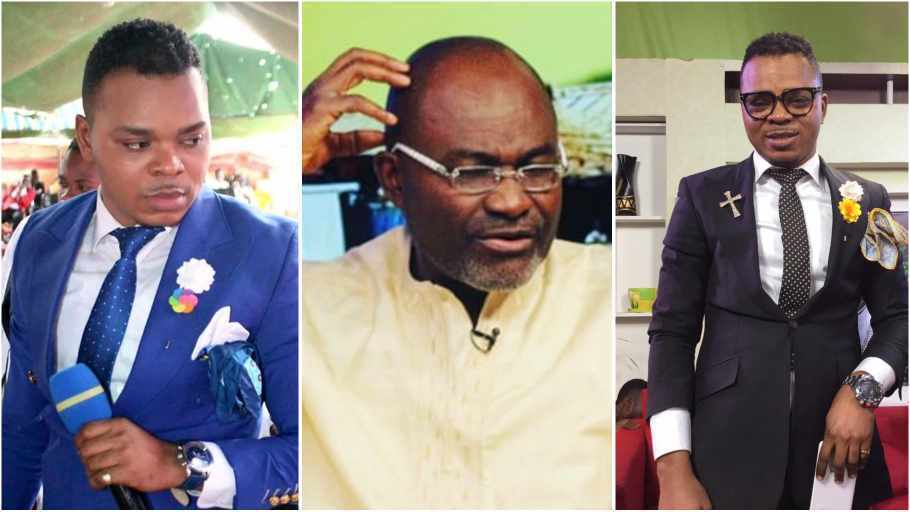 Member of Parliament (MP) for Assin Central Hon. Kennedy Agyapong has revealed how Ghana’s only Angel, Obinim slept with the sister of Florence Obinim and impregnated her in one of his sexual escapades

Revealing this in an interview, the New Patriotic Party(NPP) firebrand who has serialized his exposé of the televangelist, explained that Obinim took advantage of the fact both lived in the same house to execute such an immoral act

Obinim’s wife, Florence Obinim he added while she was away, her sister was warming the bed of the well known Angel in Ghana in violation of the teachings of the bible.

He said even when Florence Obinim’s sister was readying herself for marriage to her fiance, Obinim in order to continue satisfying his unbridled libido worked so hard and got the marriage cancelled.

What was fascinating about the whole account he narrated is that, Florence Obinim after the man called Daniel brought his family members for engagement but they were prevented from paying the bride price because Obinim had impregnated the lady and didn’t want any disgrace.

He said after the engagement was called off, Florence Obinim’s sister was made to abort the pregnancy which was two weeks old.

With the growing disgrace and stigma, Florence Obinim came for her sister and they are now living together in Spain.

“Obinim slept with his wife’s Sister and got her pregnant. The lady called Jemima got a man to marry her but on the day when they were supposed to be put together as husband and wife, Florence Obinim did not agree to the marriage because Obinim had told her not to agree.

This was a big disgrace such that the man who wanted to marry her had to borrow money from a lady to pay for the transportation of some members of his family who came to support him.

After the day, Obinim made the lady abort the two weeks old pregnancy. With the growing disgrace, Florence Obinim came to take her sister to Spain to live with her there,” he revealed.