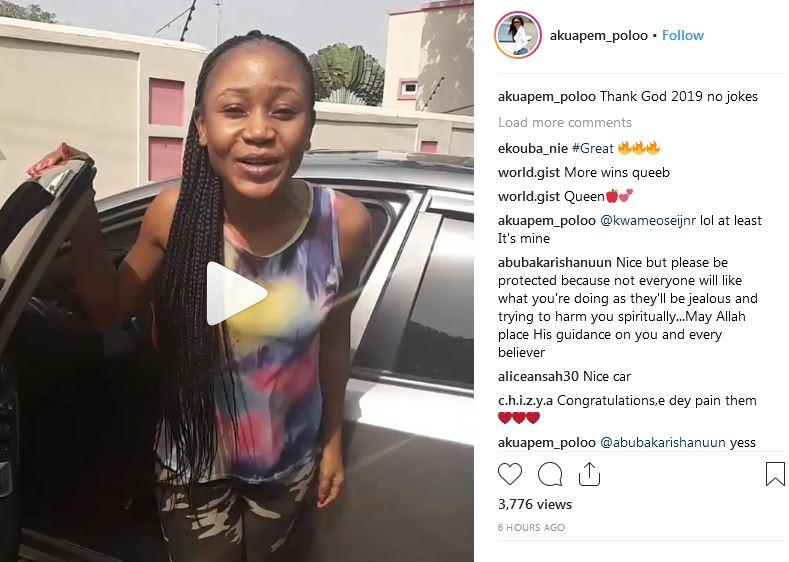 Ghanaian female controversial Rosemond Brown, well-known as Akuapem Poloo has started the year 2019 very well as she has bought and registered a new Kia Forte.

Akuapem Poloo in a video claiming ownership of a car.

Even more, the car is Kia Forte with registration GG 471-19.

Hence, she claims she bought the car out of earnings made from what people perceive as “foolishness” on social media.

Finally, Watch her boast in the video below:

But, please do you believe she bought it herself?