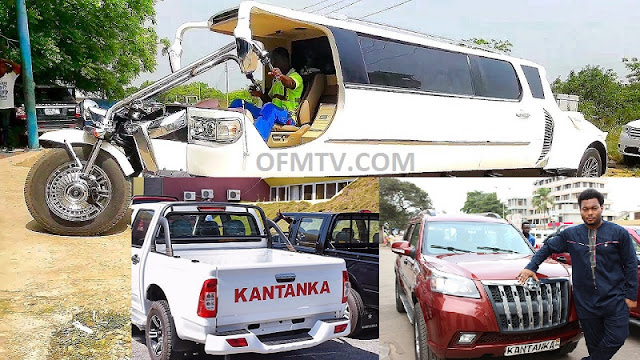 High import duties, coupled with the lack of support from the government, are thwarting efforts by Kantanka Automobile Company Limited to expand and export to other West African countries, the General Manager of the company, Mr Francis Kojo Kujoji, has said.

He said the company had over the years received orders from Burkina Faso and other West African countries but had been unable to supply them due to high import duties on its inputs, which would make exporting these cars to other countries unprofitable.

Addressing management members from the Ghana Export Promotion Authority (GEPA), who had paid a courtesy call on the company, the general manager said exporting to those countries would mean it would have to increase its prices which would make them uncompetitive or slash the prices and sell them at a loss.

He, therefore, urged the government to consider granting the company tax reliefs and exemptions in order to expand and export to other countries.

“We are a local firm which has generated its own resources to establish this company, with no support from the government. What we need from the government is leverages in the form of tax reliefs, exemption of duties and levies of some imported parts so that with time we will be expanding beyond this,” he stated.

“We are looking at gradually going into component manufacturing and that is where the money and employment is. Imagine we go into automotive tyre manufacturing, the job creation chain, from the farmer to the factories. Even if we are exporting tyre alone within the sub-region, that is a huge market and will employ lots of people,” he added.

Not afraid of competition

“We are not afraid of competition. VW is going to establish just a single plant here and what they are going to do is not different from what we are doing. They are also coming to import the components from Germany, assemble them here, and sell,” he noted.

“We should, however, look beyond this as a country because this does not create a lot of employment opportunities. What creates lots of jobs is the component manufacturing which is what we want to do,” he explained.

Mr Kujoji also pointed out that he was surprised at the sudden turn of events following the announcement that VW was considering establishing in Ghana.

“Since the announcement, there have been various calls and visits from government agencies and institutions. A team from the Ministry of Trade is coming here tomorrow. We met the Vice-President on Monday and met one of the Deputy Ministers of Trade and Industry on Tuesday and today we have you from the GEPA,” he indicated.

“Had it not been for the announcement, for the 18 months since the government came to office, no government institution has set foot here,” he added.

The Deputy Chief Executive Officer (CEO) of the GEPA, Mr Samuel Dentu, said accessing the West African Market was very critical and the GEPA was going to do what it could to support them to export to the sub-region.

He said the introduction of VW could only add to what we have here. We have our own local manufacturer and the GEPA will help you to export,” he said.

“We came to see what is happening here and see the help we can offer,” he added.