I didn’t know my wife was already married – Captain Smart 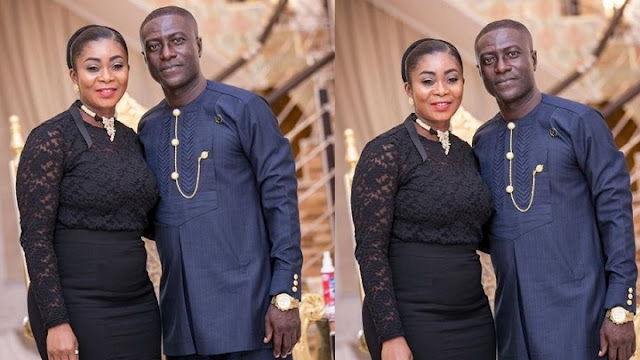 Afia Pokuaa, a woman Captain Smart was then having an affair with was allegedly married to a certain Ghanaian based in Belgium.

The man, Johan Akins-Murphy aka Shaalolo or ranking member granted a video interview, revealing how his wife and mother of his two children ditched them to be hooked to the radio presenter, Captain Smart.

A few months later, Johan died from what his friends described as a broken heart —Apparently, he got ill after that and couldn’t recover since then.

Now, captain Smart responding to these allegations in an interview on TV Africa disclosed that he didn’t know that his wife was married.

“I am told she was married, I don’t know. I went to the family of the wife to marry her.” He said

He continued that; “I personally decided not to talk about this, excuse my french, its so nuisance and useless to me.”

He quizzed the presenter that ” If I want to marry you, will I marry you from your friends?” Which she obviously responded no and added that marriage is sought from the parents.

Captain then stated that; “If anybody thinks the wife is missing or has snatched the wife, he should go to his wife’s parents.”

Afia Pokuaa and Captain Smart got married in the year 2015 at a small Brong Ahafo village-Akuma, in the Nkoranza district.