“No one can call Kennedy Agyapong to order” – Kwasi Nyantakyi 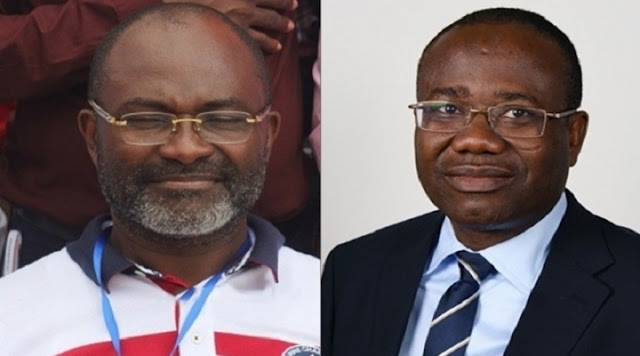 In investigative journalist, Anas Aremeyaw Anas’ documentary expose on corruption within Ghana football, the GFA Boss is seen telling undercover reporters that Kennedy Agyapong was a loose cannon and would be a stumbling block.

“There is a man called Kennedy Agyapong. He is an MP. He is one of the biggest financiers of the NPP. He is very loud. He owns OMAN FM and NET2 TV. He is criticising the government, his own government, yes. He wants to control everything,” Kwesi Nyantakyi tells the undercover team.

The sentiment is ostensibly shared by the Deputy Minister for Roads and Highways, Anthony Karbo, according to Kwesi Nyantakyi exchange with the undercover team.

“…because of the ways he [Kennedy Agyapong] put into the campaign, nobody can call him to order. They will be begging him when he is insulting them. So Karbo was saying that after the President and the Vice President, we should involve him.”

It is unclear how much information Kennedy Agyapong has on the expose.

But the MP has been on the warpath against Anas describing him as corrupt and manipulative.

Kwesi Nyantakyi was the first person publically implicated ahead of the documentary screening.

He is said to have used the name of the President, the Vice President and other senior officers of the government to collect money and lure supposed foreign investors interested in establishing businesses in Ghana.

President Nana Akufo-Addo filed a complaint at the Criminal Investigations Department (CID) of the Ghana Police Service after a security briefing on the expose.

Anthony Karbo was also caught up in the early fall out when snippets of the documentary’s content started emerging.

In the video, Kwesi Nyantakyi alleged that Anthony Karbo was his middleman to get potential investors to the presidency.

The Deputy Minister for Roads and Highways was invited by the CID and interrogated on Monday, May 28, 2018.

Many Ghanaian FA officials and referees were also caught in match-fixing deals.

Notably, Eddie Doku, the Greater Accra Regional FA boss, has been caught on tape taking a bribe to influence game times for a player in the Black Stars Team B.

Former Presidents John Kufuor and John Mahama have come out to express their shock at the levels of rot in Ghana Football.