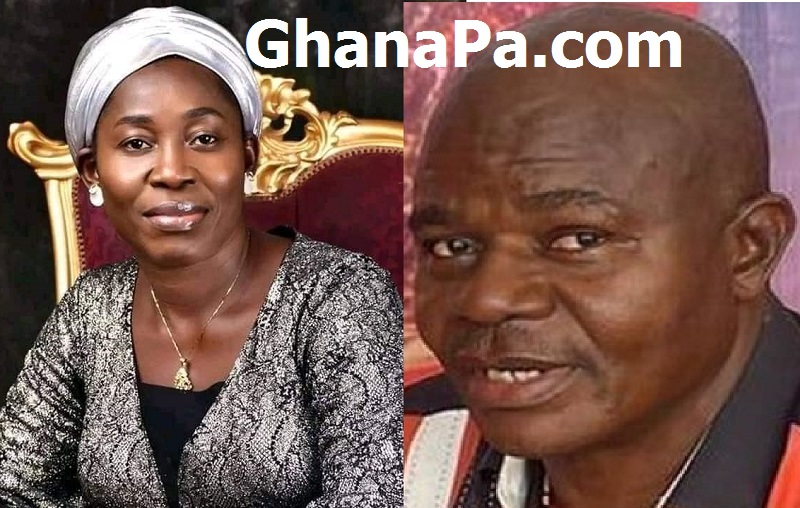 Pastor Peter Nwachukwu, the husband of late popular gospel artist, Osinachi Nwachukwu, who died after an alleged prolonged assault by her spouse.

FG, in the charge that was filed by the office of the Attorney-General of the Federation and Minister of Justice, alleged that the late Osinachi was forcefully ejected from her matrimonial home by her husband, contrary to the Violence Against Persons, VAP (Prohibition) Act, 2015.

It alleged that the defendant, Nwachukwu, had at a time, forcefully pushed his late wife out of a moving vehicle.

The defendant was specifically charged for alleged committing culpable homicide under sections 104 and 379 of the Administration of Criminal Justice Act, 2015, an offence contrary to section 221 of the Penal Code and punishable with death.
The charge marked CR/199/2022, was entered at the High Court of the Federal Capital Territory, Abuja, by the Head, Sexual and Gender-Based Violence, Department of Public Prosecutions of the Federation, Ministry of Justice, Mrs Yewande Gbola-Awopetun.

FG, alleged that the defendant deprived the deceased of her personal liberty by restraining her movement and locking her up in the house.

More so, it accused the defendant of subjecting the deceased to emotional, verbal and psychological abuse, contrary to section 14(1) of the VAP Act, 2015.

FG told the court that investigations revealed that the defendant denied Osinachi access to her money for medication and household necessities, and thereby forced her into begging and borrowing.

It alleged that Osinachi’s husband forcefully isolated and separated her from her family by preventing her mother and siblings from visiting her matrimonial home.

Nwachukwu was further charged for cruelly beating his children, recording their cry and playing it on his phone.

He was said to have threatened the kids and prevented them from reporting the acts of domestic violence against their mother to the head pastor of their church, Dr Paul Enenche, or any other person.

Specifically, some of the counts in the charge read: “That you Peter Nwachukwu, 56, male, on the 8th of April, 2022 at Aco Estate, opposite police station, Lugbe, Abuja, FCT, within the jurisdiction of this honourable court, did commit an offence to with: culpable homicide punishable with death in that you caused the death of Mrs Osinachi Nwachukwu by your various acts of violence and aggravated assault with the knowledge that her death would be the probable consequence of your acts.”

“That you, Peter Nwachukwu, male, sometime between 14th November 2009 and April 2022 at Aco Estate, opposite police station, Lugbe, Abuja, FCT, within the jurisdiction of this honourable court, did commit an offence to wit: emotional, verbal and psychological abuse on Mrs Osinachi Nwachukwu (deceased) by humiliating her and making utterances like ‘you are smelling,’ ‘you are mad,’ to her in the presence of her music crew members.”