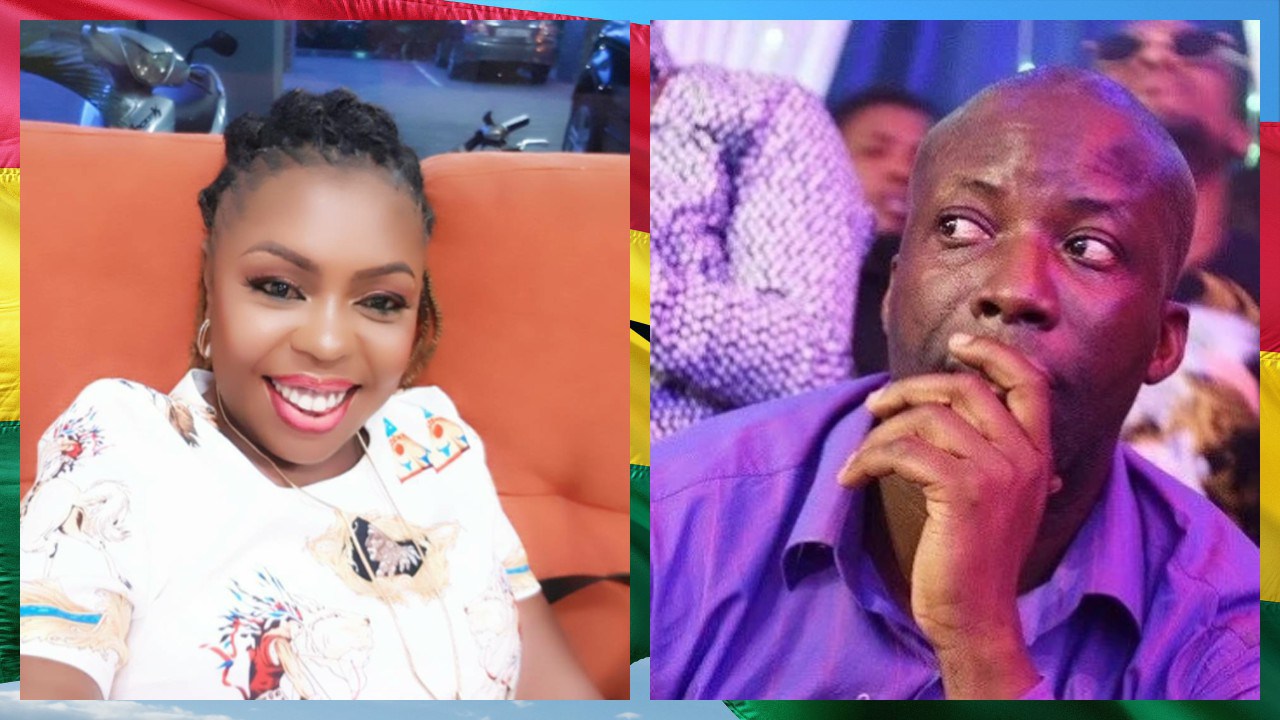 The Man of God lodged a complaint at the Adabraka Police station after Afia stormed Kasapa FM’s studio uninvited to defame him live on radio.

Afia Shwarzenegger was afterwards invited by the Adabraka Police to aid in investigations relating to the verbal assault case.

Kasapafmonline.com checks indicate that currently the comedienne has been transferred from the Adabraka Police Station to the Headquarters of the Criminal Investigations Department for questioning on the verbal assault complaint and another pending case.

Background to what happened.

The studio of Kasapa 102.5FM was the venue of hot exchanges after Radio and Television hostess, Afia Schwarzenegger rushed in to react to claims by the Founder and Leader of the Heaven’s Gate Ministries, Nicholas Osei, popularly known as Prophet Kumchacha relating to recent prophesies by most Men of God.

What was to be a sharing of opinions turned into a verbal confrontation with the two controversial personalities continuing their exchanges outside the studio.

Unfortunately, the argument got intense between the female presenter and the popular Man of God after tempers flared.

In a video captured by Kasapafmonline.com, outside the studio of Kasapa FM, Kumchacha nearly threw the first punch because he felt uncomfortable with the kind of utterances made by Afia Schwarzenegger as passersby watched them.

Three Kasapa Fm’s staff were swift to calm nerves as they held back Kumchacha to prevent him from hitting the outspoken presenter.

What ensued between Afia Schwarzenegger and Kumchacha in the studio.

The host of the mid-morning show ‘Aben Wo Ha’ on Kasapa FM, Gattuso asked Kumchacha about how Prophesies should be handled and well communicated to the person(s) involved.

Kumchacha opined that as a Prophet, there are exceptions where some prophesies should be communicated to the person involve behind closed doors.

According to him, it is unfortunate these days some Men of God are in a haste to reveal what God has disclosed to them regarding individuals just to get the public attention.

When asked why he didn’t do same with regards to ‘One Corner’ himaker, Pataapa. Kumchacha claimed to have given Pataapa spiritual directions personally and need not to be said on air.

In advising his colleague Men of God, Kumchacha suggested that as a Prophet of God, it is best to be circumspect when speaking out God’s revelation about someone.

Few minutes to end the show, Afia Schwarzenegger barged into studio to question Kumchacha about his credibility.

Afia said Kumchacha is not a prophet fit to give spiritual directions.

After Gattuso had ended the show, the two controversial personalities walked out of the studio trading insults against each other.