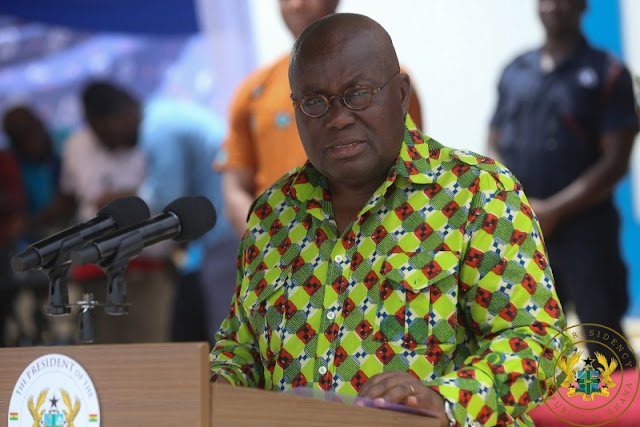 The President of the Republic, Nana Addo Dankwa Akufo-Addo, says the goal of his Government is to make Ghana a world-class centre for skills development, and a leading country in TVET delivery in Africa.

According to President Akufo-Addo, “we want to emphasize the importance of TVET, and redeem the misconception that technical and vocational education is inferior, and patronized only by less endowed students.”

To this end, he stressed that Government has taken the decision to align and bring all public TVET institutions in the country under the direct supervision of the Ministry of Education to streamline their curricula, and improve the co-ordination of their training, with the Deputy Minister for Education, Hon. Barbara Asher Ayisi, going to be specifically responsible, at the Ministry, for technical and vocational education.

“The 5-year Strategic Plan for TVET will result in the setting up a TVET Service and TVET Council, and a dedicated division of the education service for technical and vocational education, which would have its own Director General,” he said.

President Akufo-Addo made this known on Saturday, 24th March, 2018, when he attended the centenary celebrations of Asuansi Technical Institute, in Asuansi, in the Central Region.

The President told the gathering that Government is tackling the perennial infrastructure problems of the TVET sector.

Work, he said, will start soon on the construction of 20 modern TVET institutions in various areas of the country, together with the upgrading of some 35 National and Vocational Training Institutes across the country, and upgrading colleges of education that specialize in technology.

The President added that there is underway a major revision of the curricula of TVET schools to make them relevant to the needs of Ghana’s changing economy.

“We recognise that science, technology and technical skills rule industry, and you rule yourself out, if you are not appropriately equipped. Every child must be offered the opportunity to bring out her inherent talents for innovation. It is in the laboratories and workshops that young people get the opportunity to expand their imagination, and develop the skills that would equip them for the modern world,” he said

President Akufo-Addo continued, “We need to modernise all aspects of our lives, and we need skilled people to lead the modernisation process. If we are to transform the structure of our economy from one dependent on the production and export of raw materials, to a value-added, industrialised one, then students from technical institutions, such as yours, are crucial.”

Citing the example of Germany, which has an abundance of well-qualified, technical employees in business and industry, the President indicated that the ‘dual system’ of Vocational Education and Training has been credited for Germany’s excellent economic performance, and her consolidation into a mighty, industrial power.

“Countries such as Austria, Slovakia, Switzerland and South Korea have emulated this system. We, also, in Ghana, need to emulate them,” he stressed.

President Akufo-Addo commissioned an ICT laboratory, library, and an administration block for Asuansi Technical Institute, which was constructed by Government, in partnership with the African Development Bank, under the “Development of skills for Industry Project (DSIP)”.

The President also cut the sod for the construction of an auditorium for the school.