Ex-President John Mahama is Wicked, I Regret Campaigning For Him – Akua Donkor 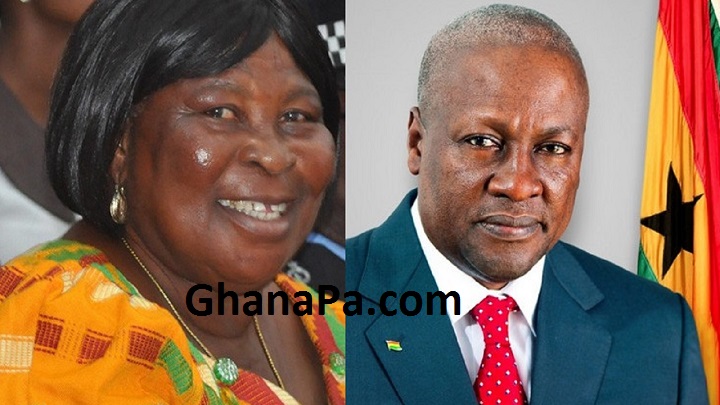 The Founder of the Ghana Freedom Party’s (GFP), Akua Donkor says she regrets and feels ashamed spending her energy and resources over the years to campaign and defend for ex-President Mahama whom she describes as ‘wicked’.

Madam Akua Donkor who until now, had always referred to the ex-President as her son, denounced Mr Mahama claiming the latter is a dishonest person and urged Ghanaians not to put their trust in him.

“I told John Mahama that I don’t have money to buy land at Sakumono so when he started building the flats which at the moment is twelve floors complete at Sakumono, I gave him gold in exchange of a house within the flats. He later asked some persons to lead me to the flat and show me on which floor I’ll be staying and I later told the whole world that Mahama had given me a house. I stay in a hotel whenever I come to Accra so a few days ago, I decided to move into the house at Sakumono, but Mahama sent some people to stop me and turned round to tell me that President Akufo Addo doesn’t want me to stay in that building. That day I had to sleep on the compound of the MPs flat till the next day.

“I’ve suffered a lot because of John Mahama, I’ve gone through hell because of my support for him. But now he’s stabbed me in the back and I regret ever campaigning for him. I feel so bad that I just can’t forgive myself.”