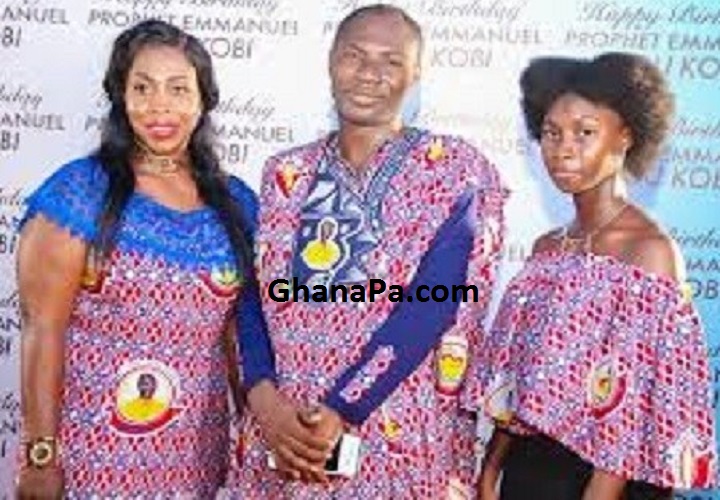 The founder and general overseer of Glorious Wave International has at long last reacted to the alleged leaked atopa video of His daughter.

According to Him, people are just trying to tarnish the image of his family through fabricated lies just because thay refuse to accept the truth.

He also went ahead to deny the speculated name Anita,saying that is not his daughter’s and the name of the church mentioned has nothing to do with Him.

Hungry and aimless people are just taking advantage of the issue to get money for themselves Prophet Badu Kobi stated. I don’t know where people get thier fake stories from because my wife Mama Gloria has not left me and has never taught of divorcing me like the media speculates.

After careful investigation by Reportghana.com,we can state that the video that went viral on the 8th of August 2019 about Prophet Badu Kobi’s family is false and that it was a daughter of a different Pastor alleged to be one Stephen Kobi of Kings Embassy Church in Bono Region.