TREND NEWS
Home Entertainment Samuel Okolo, Producer of Steve Crown’s Music is among the most outstanding producers in Africa

Samuel Okolo, Producer of Steve Crown’s Music is among the most outstanding producers in Africa 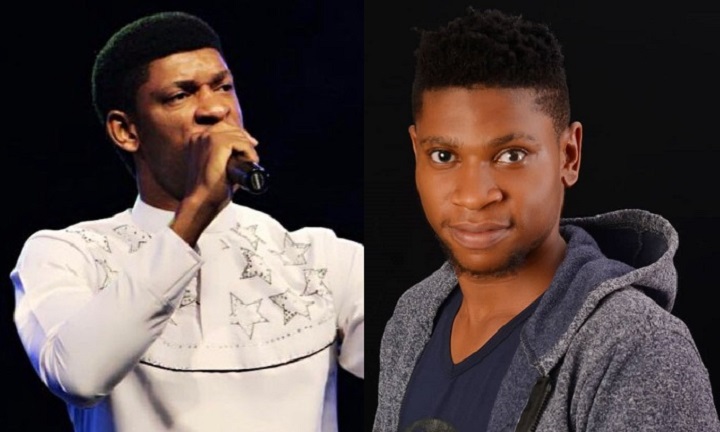 Samuel Okolo, known in showbiz as SAMZY of Lakelight Entertainment has been nominated for “Maranatha Awards”, as one of the best producers in AFRICA after Steve Crown’s “You Are Yahweh” and many other anointed songs.

According to AfricaChurches.com analyst, Samuel Okolo, Producer of Steve Crown’s Music is among the most outstanding producers on Africa continent.

Success doesn’t just happen but rather you set it into motion.

THE GRACE OF GOD ALWAYS MAKES THE DIFFERENCE!

Samuel Okolo popularly known as “SAMZY” Producer of #YOUAREYAHWEH is a humble, talented, ambitious, amazing, gifted child of God. He is Nigerian and based in GWARIMPA ABUJA Nigeria.

Before becoming a producer in Lakelight entertainment, he was a member of youth connected, & served in Grace Ambassador, all musically. Though his great achievement continues in Lakelight Entertainment industry.

Still a student but, his selflessness and commitment in God’s vineyard serve as a great motivation and inspiration to the youths and others.

SAMZY at the age of 14 years started production without anybody teaching him or giving him guidelines. With computer keys he will play keyboard and drums.

When you are channeled with the right people in life, everything works perfectly in God’s time.

Samuel paid the price to stay in the presence of God and extraordinary people like Minister Steve Crown, and his best qualities are now surfacing in the world stage.

A winner like Minister Steve Crown never condescends but lifted this amazing young talented producer to a higher mentality, he’s now swimming in the pool of God’s blessings.

One thing i have realized and observed about this talented producer is his humility. By the Grace of God, his continuous dedications and commitment, hard work had sleepless nights has finally paid off.

Now his achievements are recognized Globally and he has been nominated among the most outstanding producers in Africa( Maranatha Awards).