South Africa vs Morocco [0:1] – Morocco beat South Africa by a solitary goal in Cairo to finish top of Group D 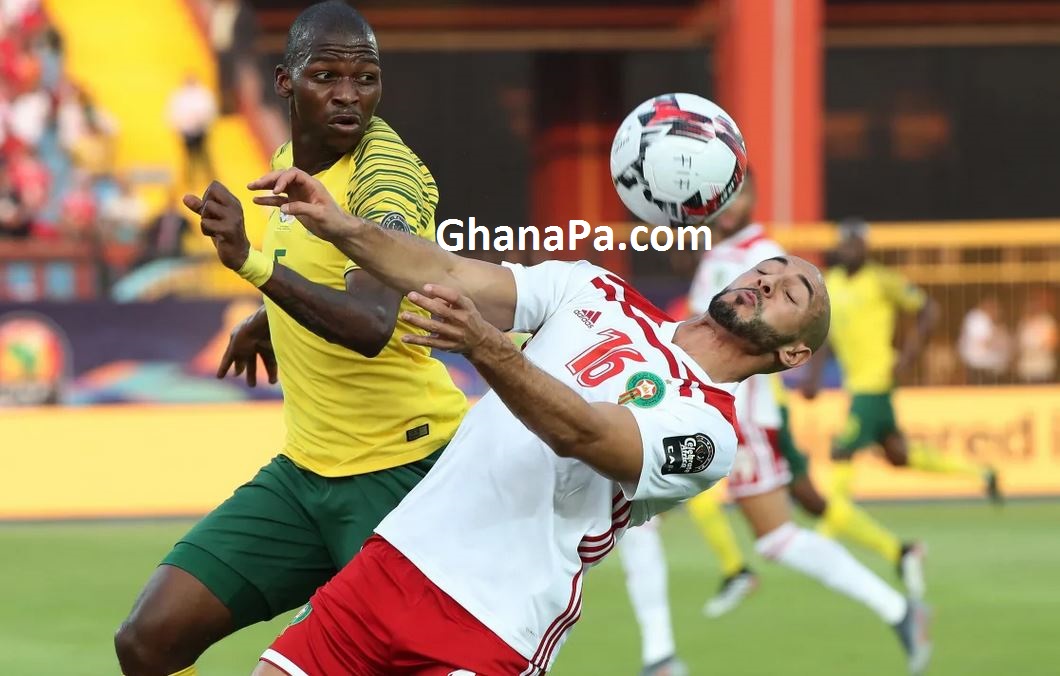 South Africa vs Morocco [0:1] – Morocco beat South Africa by a solitary goal in Cairo to finish top of Group D

Captain M’bark Boussoufa rifled home an 89th minute winner as Morocco beat South Africa by a solitary goal in Cairo to finish top of Group D at the Total Africa Cup of Nations Egypt 2019 with a 100 per cent record.

The match seemed to be heading for a drab draw, but Boussoufa led from the front rifling in a volley from inside the box after South Africa struggled to clear an Achraf Hakimi cross inside the box.

The victory saw Morocco finish with nine points and top Group D. For the round of 16, they will face one of the top four number three teams from either Groups B, E or F. The Atlas Lions are joined by Cote d’Ivoire who beat Namibia 4-1 in the other Group D match at the June 30 Stadium, also in Cairo.

For South Africa, they finish third with three points and will have to wait and see results from other groups to know whether they can squeeze into the round of 16 as one of the top four third placed teams.

Their biggest hope is that Kenya, Benin and Angola fail to pick maximum points for them to stand a realistic chance of going through.

In a match that was devoid of much action and chances infront of goal, the Atlas Lions had the closest opportunity to color the game with a goal but Hakimi’s thunderous shot after drifting in from the right in the 63rd minute came against the crossbar.

Five minutes later Youssef en Nessyri had a good chance when he rounded keeper Ronwen Williams, but his eventual effort at goal from a tight angle was wide. The forward had another chance two minutes later but his header off a Hakimi cross went straight to the keeper.

South Africa had started the half brighter and had a chance three minutes after the restart when Thamsanqa Mkhize shot inches wide from range on the right.

Bafana had some good chances in the first half as well, with the best coming off Percy Tau’s left boot when he found some shooting space from the edge of the box but his effort was inches off target. Tau had been industrious for South Africa, but none of his work had bore threat to the Moroccan keeper.