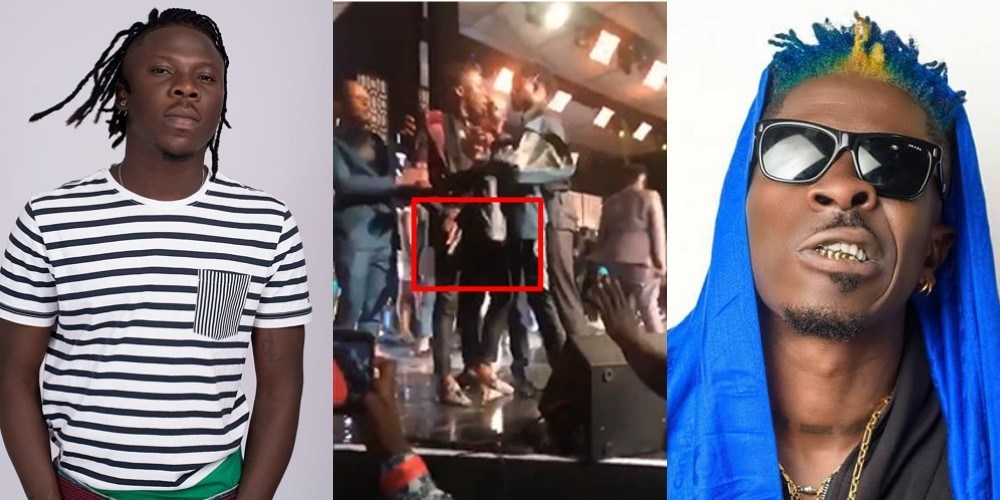 The never-ending turf war between dancehall artiste’s Shatta Wale and Stonebwoy escalated at this years’ Vodafone Ghana Music Awards after Stonebwoy pulled a gun on stage while receiving the Reggae/Dancehall Artiste of the Year Award.

The confusion started when Shatta Wale and his militants rushed onto the stage when Stonebwoy was about to receive his award.

Afraid of what could happen, Stonebwoy quickly pulled out a gun.

The security officials at the Dome started spraying the patrons of the award with pepper spray and the guests at the VIP stand were quickly rushed out.

The show was temporarily put on hold amidst the pandemonium in the Dome and some of the patrons started leaving the auditorium when the chaos started.

It is important to note that Stonebwoy has consistently won the Reggae Dancehall Artiste of the Year for 5 years in a row.

Unlike previous editions where the focus was on who wins the coveted Artiste of the Year category, this year’s being the 20th has shifted the argument to who among the ten shortlisted acts will be crowned Artiste of the Decade.