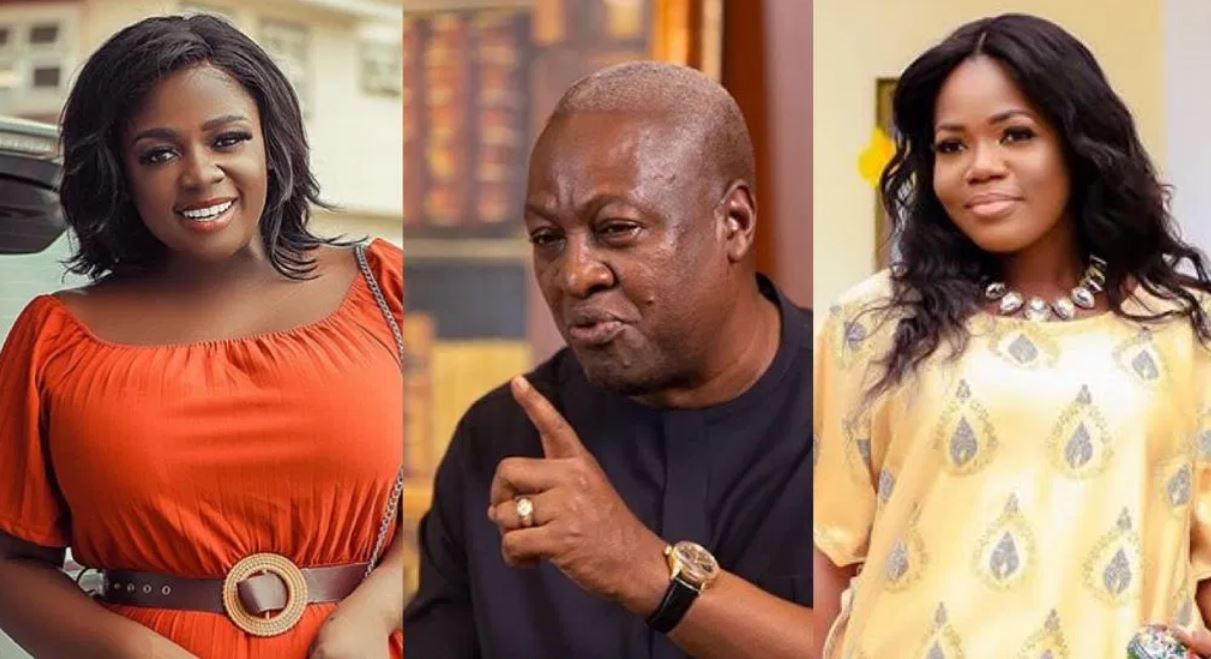 A recorded audio conversation purported to be between Kumawood actress Tracey Boakye and singer Mzbel has surfaced on social media.

In the heated telephone conversation which lasted for about 7minutes 10seconds, their chat was centered on a man they were both dating.

Tracey who placed the call to Mzbel accused her of being the one managing the man who they referred to as ‘Mahama’s Instagram account.

She also bragged about having a series of chats between Mzbel and the said man which entails some damning secrets.

Tracey also referred to chancing upon a message from Mzbel asking the man for an amount of money to pay her hospital bills.

Tracey Boakye: I have a hundred and ten pieces of evidence that you are the one who controls papa’s account. I approached him myself and told him why he allowed you to do that. Why he allowed you to humiliate me in such a manner. He gives you all his pictures together with captions to post on social media. I have plenty of messages concerning your chat with him on my phone. It won’t be a good thing if I leak them.

Listen to the full audio below:

Mzbel: So are you trying to tell me that Mahama told you that I am managing his account?

Tracey Boakye: he did not tell me anything, I made my own observations. I saw messages on his phone.

Tracey Boakye: He first sent you 2,000 cedis for your hospital bills and you complained that it was a small amount. He then gave you an additional 5,000 cedis. I have all the messages.

Nonetheless, the latest audio comes months after Tracey and Mzbel engaged in a hot banter over a man.

It is also unclear when the phone conversation was recorded.

Meanwhile, actress Tracey Boakye has said that some weak minds in the governing NPP are intentionally sharing the doctored audio.

She added that the same people who are sharing the audio and want other people to believe that the audio is not fake are defending President Nana Addo Dankwa Akufo-Addo who was recorded on tape for ‘allegedly’ taking a bribe of $40,000.