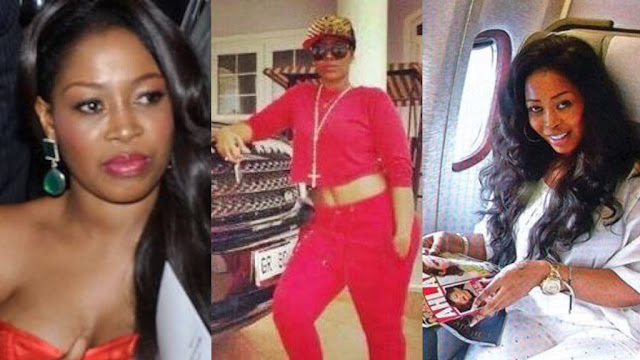 Drug Queen Nayele Ametefe has been released from jail having served only three years out of her 8 and a half years sentence for narcotics peddling and trafficking.

She was released days ago on parole for showing extraordinarily good behaviour throughout her 3 years in prison, even though she has 5 and a half years to go.

Parole is a temporary release of a prisoner who agrees to certain conditions before the completion of the maximum sentence period, originating from the French ‘parole’.

The Ghanaian who also hold an Austrian passport pleaded guilty to carrying 12 kilos of cocaine to the United Kingdom was been sentenced to eight years, eight months’ imprisonment.

Nayele Ametefe was sentenced on her own plea by the Isleworth Crown Court in London. The sentence was discounted because of her early guilty plea. Nayele appeared in court well dressed and looked indifferent when the sentence was handed down on her head.

The prosecutors told the court Nayele had $23,000 and an additional 6,000 Pounds in her handbag when she was arrested. The money was payment for her courier services.

According to the prosecutors, Nayele Ametefe was carting the cocaine to South America. Her travel itinerary, the court was told indicated that she was leaving the United Kingdom two days after her arrival, for the Dominican Republic.

The 12 kilograms of cocaine was, therefore, not meant to be consumed in the UK.

In his submission for mitigation, lawyer for Nayele told the court she came from an underprivileged home and married a spare parts dealer at Ghana’s famous spare-parts market, Abossey Okai.

She has three children, the first being 16 years old. Her marriage broke down and she has been a single mother.

According to the lawyer, Nayele came into contact with powerful people in 2004 and her life changed dramatically. She travelled extensively with influential people as their companion.

The lawyer said Nayele has remained connected to powerful people in authority who are currently in power in Ghana.

She was forced by circumstances to engage in transporting drugs to support her newly attained high-class lifestyle and to take care of her three children, the lawyer said.