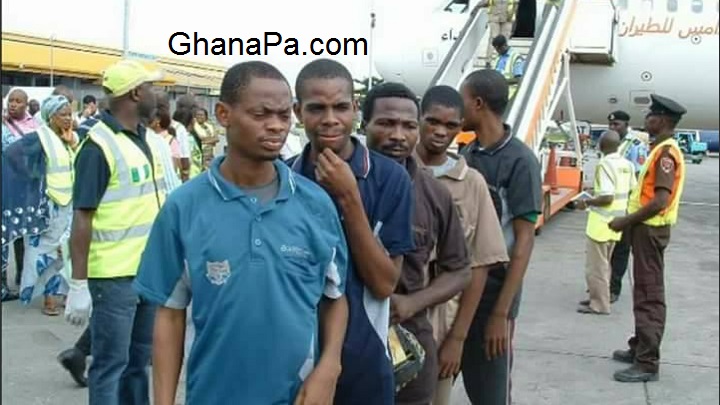 About one hundred and twenty-seven (127) Ghanaian migrants Wednesday night arrived from Libya with one in a critical condition.

The migrants were brought in by two flights, Air Libya and Afrikia Airways after they were rescued from detention centres in Libya following CNN’s footage of migrants being auctioned off as slaves in Libya.

Some of the migrants shared harrowing accounts of how they were viciously assaulted with some of them sold into slavery by fellow Ghanaians.

Narrating her ordeal, the only lady amongst the migrants said: “I went there because my husband was working there, he was involved in an accident at his workplace and on our way to the hospital we were arrested by the Police”.

Meanwhile, Country Director of International Organization for Migration Sylvia Lopez said more voluntary returns should be expected in the coming weeks and months. 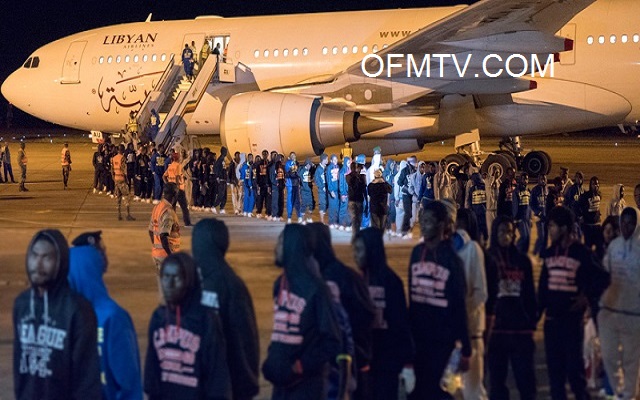 The Libyan ambassador has cautioned other Ghanaians against embarking on the perilous journey while kicking against a military intervention in dealing with the Libyan migrant crisis as suggested by Minority spokesperson on Foreign Affairs, Samuel Okudzeto Ablakwa