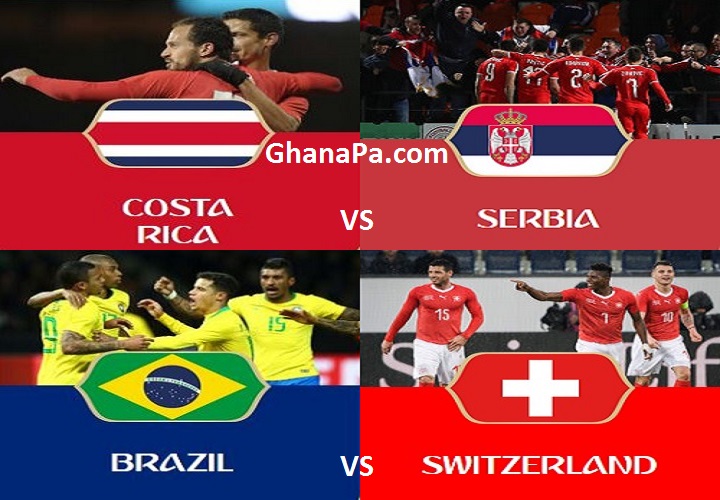 Brazil, South American Soccer heavyweight country, stretches from the Amazon Basin in the north to vineyards and massive Iguaçu Falls in the south to do battle in Group E with Switzerland a mountainous Central European country, home to numerous lakes, villages and the high peaks of the Alps.

Arguably the biggest footballing nation on the planet, Brazil have won five World Cups and dominated the South American qualifiers. They won’t have it all their own way in Group E against some competitive teams, although they shouldn’t have too many problems in topping the group.

The Swiss had a fantastic qualifying campaign that featured nine wins and just one loss against Cristiano Ronaldo’s Portugal. They made hard work of their match against Northern Ireland, however they will come into their first match against Brazil knowing that if they can avoid defeat they will have a great chance of qualifying.

Whoever set the odds for Costa Rica must not have watched the 2014 World Cup; the Central American nation topped a group consisting of Uruguay, Italy and England. They should not be underestimated, and we think that while lightning won’t strike twice, they will win their opening match against Serbia.

Serbia avoided the big names in their World Cup qualification campaign, and managed to top their group, although there’s nowhere to hide in the final 32 and we don’t expect they will do too much in Russia. They will have the advantage of playing against Costa Rica in the first match instead of the top two teams, although as mentioned above we feel Costa Rica may have the edge.