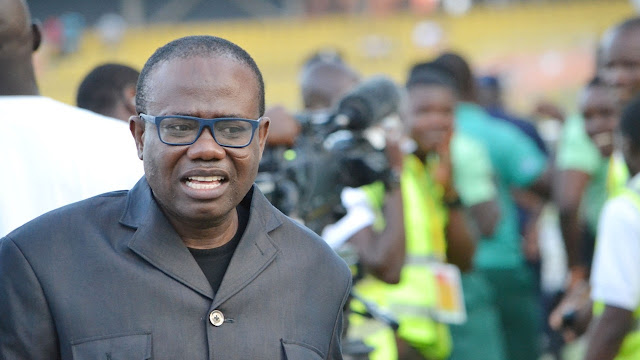 President Nana Akufo-Addo has ordered the arrest of President of the Ghana Football Association (GFA), Kwasi Nyantakyi, for defrauding by false pretences and influence peddling.

Nana Akufo-Addo ordered the Criminal Investigations Department (CID) of the Ghana Police Service to arrest Mr Nyantakyi after being privy to investigative journalist Anas Aremeyaw Anas’ Number 12 undercover documentary, which exposed the GFA president as using the name of the president for certain purposes.

Anas Aremeyaw Anas has scheduled 6 June to premier the undercover piece which took him over two years to put together.

Just a week ago, Editor-in-Chief of the New Crusading Guide newspaper, Abdul-Malik Kweku Baako Jr., said a well-known lawyer tried bribing Anas Aremeyaw Anas to edit out scandalous findings against “a man” believed to be in the GFA, in the yet-to-be premiered Number 12 piece.

Speaking about the piece, Mr Baako Jr. told Randy Abbey on Metro TV’s Good Morning Ghana programme on Thursday, 17 May that: “Look, this one, this GFA one, there was an attempt to bribe him, OK”.

He said: “There was an attempt because there is a lawyer – and I’m sorry I won’t mention his name, of course he may know it’s him, maybe he is watching us – who is close to Anas and who knew that this job was going on, and I think he went and did some ‘Okro mouth’, so, somebody now tries to give him money to go and give to Anas.

“The lawyer took the money and was scared to go and deliver it to Anas. So, eventually he [lawyer] had to go back to the man and say: ‘[I couldn’t deliver the bribe], take it’. But of course we have found out. He’s a lawyer, very good lawyer, prominent lawyer”, Mr Baako Jr. said.

On the same show, Mr Baako Jr. said the exposé will render the careers of some top people in tatters.

“It’s a disaster, sometimes we are all human beings with some weaknesses here and there and I feel sorry for some because some are friends. If I had my way, perhaps, I would say: ‘Leave this alone’, but Anas is a different breed of animal and I have never ever in my life attempted to influence him. He brings it, I look at it, we can defend it, I say: ‘Proceed’. So, there are people whose careers or integrities may, perhaps, be in tatters.”