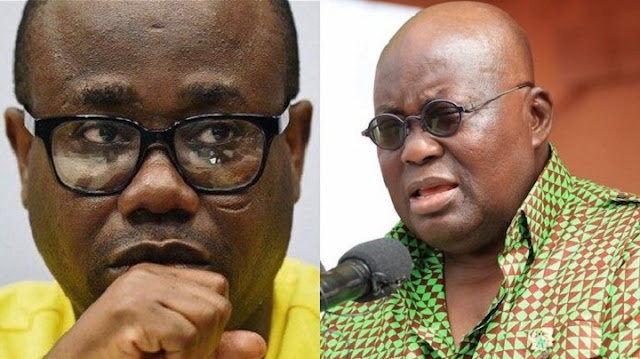 The president, Nana Addo Dankwa Akufo-Addo has directed the arrest of the Chairman of the Ghana Football Association over fraud.

Kwasi Nyantakyi is believed to be engaged in some influence peddling using the name of the president.

Deep throat sources at the presidency told Joy News the president and his team had watched excerpts of the video in which Mr Nyantakyi was seen negotiating for an amount of money using the name of the president.

A directive was subsequently issued to the CID to have Mr Kwasi Nyatakyi arrested.

The embattled football head is likely to answer charges of defrauding by false pretense.

The content of the video is likely to confirm a strongly held opinion about corruption in football administration in the country, perception spokespersons in the Football Association have been quick to deny.

Mr Nyantakyi only days ago signed a $10million sponsorship deal for the premier league which has run for some three years without a sponsor.

It is not clear what the new sponsors- Zylofon Cash- will do or say with the new twist of event.