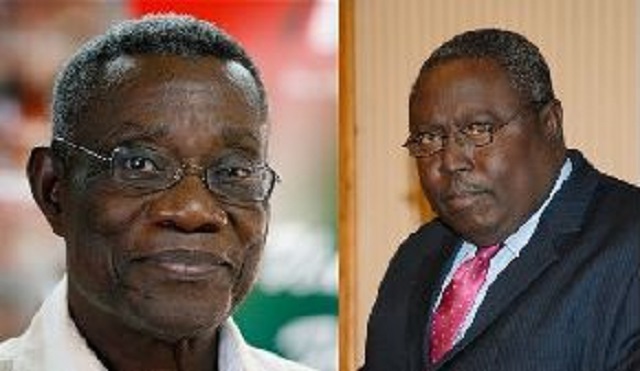 Embattled businessman Alfred Abesi Woyome who’s being tried in court for a wrongful GHC 51.2 judgment debt paid to him by the state has alleged that the beleagured former Attorney-General, Martin Amidu, was sacked by late President Atta Mills because he tried to beat the president at a meeting.

The former lead counsel of Ghana, had alleged that some key persons in government had orchestrated unwarranted media attacks on him because they believed “my integrity and professionalism as a lawyer was a threat to the concealment of gargantuan crimes against the people of Ghana in which they might be implicated,”

Then President Mills, demanded proof or a resignation letter from his Attorney-General, but official communications said Mr Amidu , was sacked becuase he failed to proof his allegation.

His sack was met with a divided public opinion, while members of the governing NDC’s communications team, riled by the statement, called for his immediate resignation or dismissal, anti-graft agencies and some opposition elements insisted Mr Amidu needed to be allowed to stay to prosecute the people he claimed were committing crimes against the state.

The Supreme court presided over by Justice Annim Yeboah on Novermber 16, granted an application by Martin Amidu to allow him to examine Alfred Woyome orally over how he spent the controversial GHS 51 million paid to him as judgment debt.

According to the judge, Martin Amidu has the locus to examine Woyome because it’s been 2 years since the court ordered Attorney General to retrieve the money but to no avail hence Mr Amidu has the right to ensure prosecution.

However ahead of the oral examination scheduled for to Novermber 24, Mr Woyome at a press conference on Friday afternoon stated that Martin Amidu who he believes is being used by unseen forces was sacked becuase of his gross insurbodination against the late Preident.

“Martin Alamisi Amidu was called by the President of Ghana because of an issue and in that meeting Martin Alamisi Amidu attempted to beat the President of the Republic of Ghana. So he was supposed to be sacked, immediately he went out and made accusation that my colleague ministers and every other person is corrupt. So the President said, Mr Martin Amidu…seven days, give me proof of those corruption or I sack you. Martin then went and hactched on Alfred Woyome’s issue in which he himself is involved and went to court, fine I’m ready…the money that was paid me, I signed that if the Republic wins I refund it, so I didn’t care. Then he started the media issues, seven days arrived he didn’t proof any single record.

He added: “I challenge him to bring the list of the ministers in President Mills government who he said were corrupt, he never proofed one. So because of that the President sacked him. He was not sacked because of any gargantuan anything there, today I’m speaking to you for the first time…that is a lie. Martin has a problem, if he wants to challenge me he should go to court immediately and we’ll ask the court to bring the apprioprate authority so that we bring that thing and disclose it becuase I’m not going to be the one to disclose it.”
WATCH VIDEO BELOW: