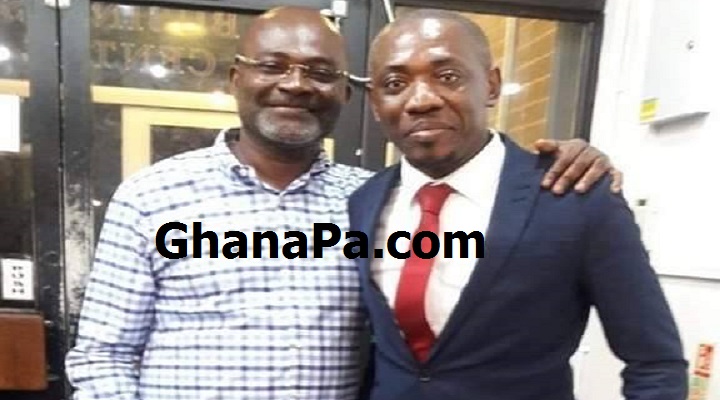 Information reaching GhanaSky.com shows that, he has served the party in all spheres of life in his might, even the party top functionaries know this committed Patriot who has consistently been CONTRIBUTING immensely for the success of the great party both in-kind and cash.

He has also used his network to promote the good image of New Patriotic Party (NPP) for years.
In fact, Nana Sarkodie Ababio (Sources) has paid his dues to be rewarded in this Second of office.

It is in these regards, that a NPP memeber joined hands with Barrister Danny and other active Patriots of NPP to suggest this gentleman to the party’s appointment Authorities to remember him to serve in this second term of Office.

He was part of the active patriots who worked tirelessly to get Hon Osei Kyei Mensah Bonsu, Member of Parliament (MP) for Suame Constituency into Ghana Parliament in 1997.

Hailing from Kwabre East Constituency, his numerous political exploits in areas like Sakora Wonoo, Antoa, Aboaso, Ntonso, Mampongteng and other known areas for settlers maximized the party’s support base in the Constituency with the late Hon Nana Asante Frimpong as the MP of the Constituency at that time under the era of the late Prof Adu Boahen.

DJ Sources first moved from Ghana to Europe just after the NPP under former President John Agyekum Kufuor broke the presidential drought of the UP Tradition in the 2000 general elections.

After living in countries such as Germany, Czech Republic, France, Austria, Italy and Switzerland, he finally moved to UK.

Everywhere Nana Sarkodie Ababio lived in Europe, his political activism and strong love for the NPP was always felt.

In the UK, he set up Sources Radio which played very huge roles for the NPP prior to the 2012 and 2016 general elections.

Working with Hyford Atta Akrofi, a former Chairman of UK, the NDC was totally submerged in the UK and Europe.

He was as well part of all the committees that exposed the incompetency of former President John Dramani through the organisation of numerous demonstrations in the Diaspora particularly in the UK.

To help deepen and strengthen the political activities of the NPP in Diaspora, he together with others formed identifiable groups such as United for Change UK, Aljazeera Ladies UK to support Zongo communities and others to push the Operation 500,000 Votes for NPP in the diaspora.

These identifiable groups as well had branches across all the regions in Ghana to further pursue NPP agenda. He, in addition, mobilized lots of resources in UK to support the NPP’s 2012, 2016 and 2020 campaigns.

Nana Sarkodie Ababio, in 2014, was presented with a citation by the NPP-UK, signed by President Nana Addo Dankwa Akufo-Addo, the then presidential aspirant of the NPP for his peerless activities for the party in the UK, diaspora and Ghana.

He was again named the second best social media communicator and campaigner for the NPP’s 2016 victory. He has continuously been named the most influential political activist in the diaspora since 2008.

Due to Sarkodie’s strong love for NPP and his desperate quest and insatiable thirst to see to the realization of the break of the eight (8) years jinx by the NPP, he has again officially launched “Operation 1 million Votes for NPP in diaspora”; an agenda which seeks to garner more than 1 million Ghanaians in the diaspora to register and vote for the NPP in the 2024 eeneral elections.

He has also set up websites to propagate the good works of the NPP and as well use as a platform to continuously expose the NDC.

From the aforementioned, it vividly proves that DJ Sources as he is fondly called, has really paid his due to the advancement of the party over the years and needs to be hugely rewarded.

I will therefore humbly plead with the leadership of the Party to reward and continuously motivate Nana Sarkodie Ababio commonly known as DJ Sources for his consistent hardwork, persistence, sacrifice and undying love for the party.