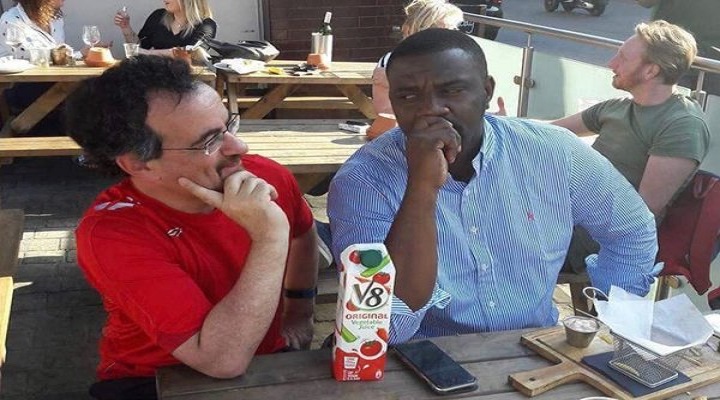 The former UK High Commissioner, Jon Benjamin has sent a message to actor and farmer John Dumelo, after it emerged that he has picked forms to contest primaries in the Ayawaso West Wuogon constituency on the ticket of National Democratic Congress (NDC).

The former British diplomat, in his usual sarcasm, said in a tweet that he wishes his friend well in political ambition.

The announcement that John Dumelo, who has been a strong supporter of the NDC and former president John Dramani Mahama, had picked forms to contest to be a member of parliament, has been met with mixed reactions.

John Benjamin, a long time nemesis of the actor, said he was politically neutral and was willing to spray John’s presidential limo.

“I have to remain politically neutral, I’m afraid, though I wish my friend, Mr Dumelo, very well. But when @johndumelo1 becomes President, I will personally spray paint his presidential limo any colour of his choice and for absolutely free,” he said.

The nominations forms and filing fees have been priced at ¢1,000 and ¢10,000 respectively, with a 50 per cent discount on the filing fees for women and persons with disability.

The NDC primary is expected to come off on Friday, December 28, 2018