Does Meghan Markle Have Children?, What Meghan Said About Children 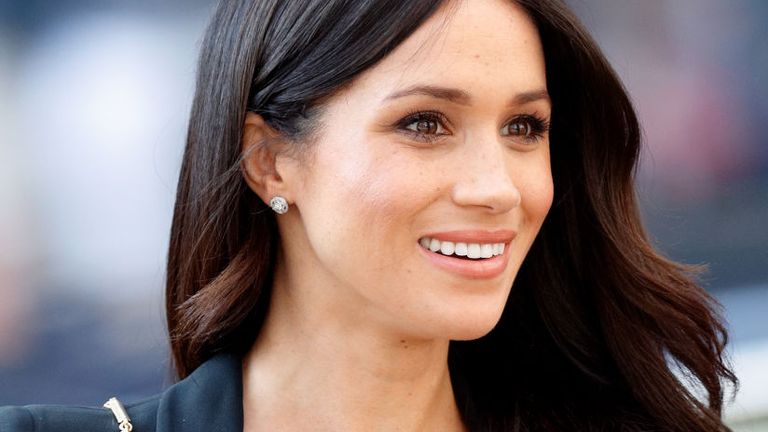 Meghan Markle has already been married to Trevor Engelson from 2011 to 2013, but does she have any children?

For those of you keeping track, Meghan Markle has already been married to Trevor Engelson from 2011 to 2013, but does she have any children? The answer is no, though when it comes to having a family with her husband, Prince Harry, she is definitely on board.

Although the couple haven’t spoken in length about starting a family, during their first BBC interview as an engaged couple in November, Harry and Meghan hinted that having kids is going to happen for them, but just not right away.

“Not currently, no,” Prince Harry told BBC when asked about children. “But I think eventually, one step at a time and we’ll start a family in the near future.”

This is a modal window.
The media could not be loaded, either because the server or network failed or because the format is not supported.

Meghan has also been relatively quiet on the subject since dating Prince Harry. In 2016, she opened up to Lifestyle magazine about her life, career, and future family.

“I also dream to have a family. It’s all about balance, and I have so much happiness in my career and am fortunate to travel the world and see so many amazing things — it will also be nice to be anchored to something grounded and in the same place,” she told the magazine for its September issue — which was conducted after she began dating Harry in July of that year. “Raising a family will be a wonderful part of that.”

Even before her romance began with the Prince of England, Meghan had discussed her desire to be a mum with another publication. In fact, Us Weekly discovered an old interview via Harper’s Bazaar that the actress did with Best Health Canada where she quickly touched upon her family plans.

In the interview, from April 2016, Meghan said that becoming a mum was on her “bucket list.” Plus, she added that “I can’t wait to start a family, but in due time.” No matter when the adorable couple do decide to add to their group, family and being a part of the royal family is something that Meghan is ready for.

“His family has been so welcoming. I have [met several family members] on his mother’s side, it’s been really important to me too,” Meghan said during the couple’s BBC interview. “The family has been great, and in the past year and a half, they’ve made me feel a part of, not just the institution, but of a part of the family.”