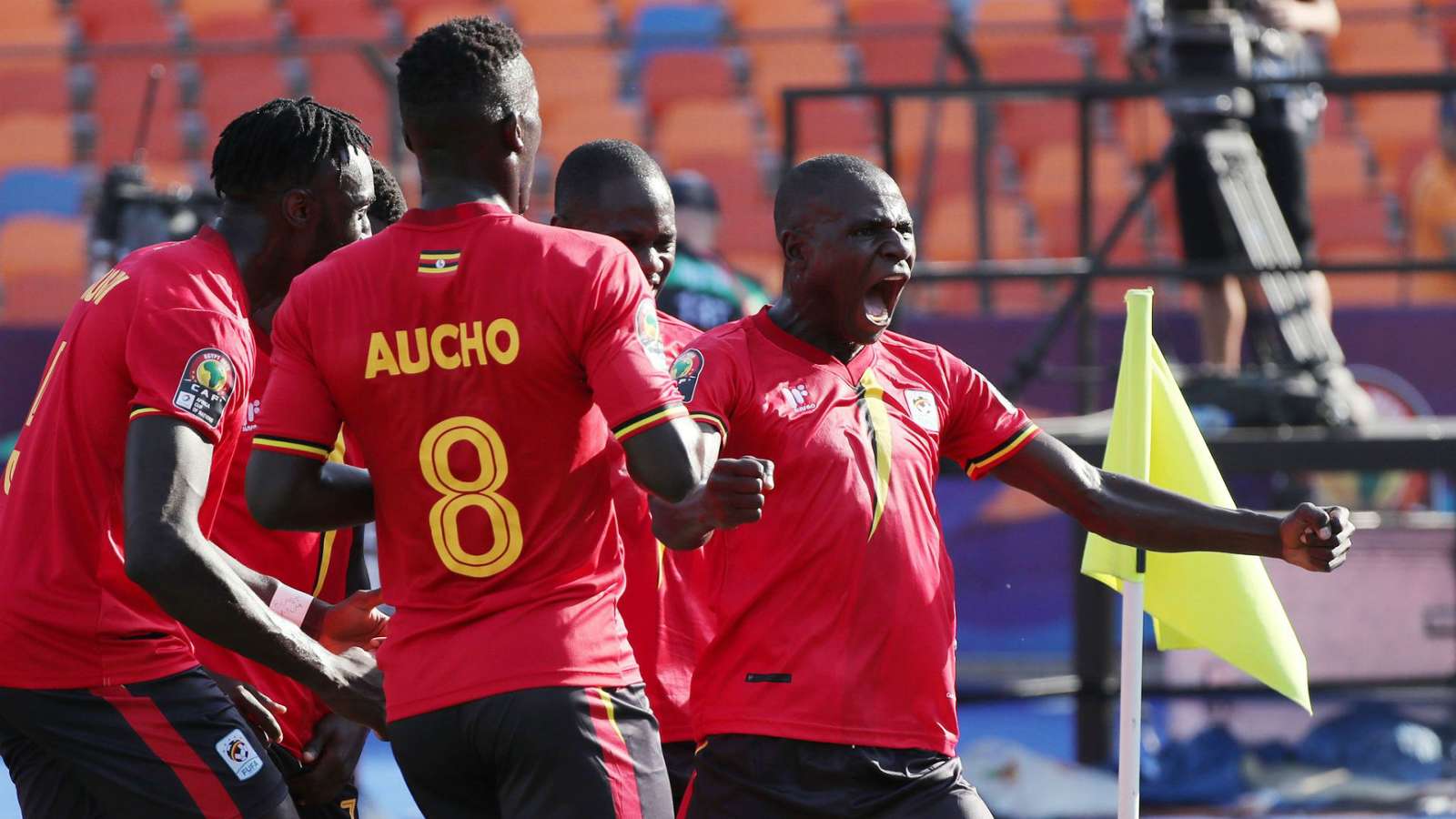 Sebastien Desabre’s Uganda enjoyed a wonderful start to the Africa Cup of Nations with a deserved 2-0 win over Democratic Republic of Congo.

Uganda produced an early Africa Cup of Nations shock as they beat Democratic Republic of Congo 2-0 in Cairo on Saturday, their first victory in the tournament since 1978.

The Cranes managed just a solitary point in 2017, their only other tournament appearance since the 1970s, but against DR Congo they looked a force to be reckoned with and deservedly ran out comfortable winners.

Despite having the more established talents, DR Congo were second best throughout the first half, going behind early on to the dangerous Patrick Kaddu and then having the frame of the goal come to their rescue just before the break.

Emmanuel Okwi made it 2-0 just after the restart and from there the Leopards never looked like clawing their way back, while the Cranes soar to the top of Group A, ahead of Egypt on goal difference.

Uganda made a hugely promising start and were rewarded in the 14th minute, as Kaddu got in front of the oblivious Cedric Bakambu to glance a header in at the near post from Farouk Miya’s corner.

That should have jolted DR Congo into action, but Uganda continued to pile the pressure on – Kaddu inexplicably heading wide from close range just four minutes after the goal.

Michael Azira then saw his 20-yard drive skim the top of the crossbar in the 41st minute, shortly before DR Congo finally showed signs of life in attack, with Bakambu forcing a stunning save from Denis Onyango.

Jonathan Bolingi almost pulled one back when his header hit the top of the crossbar with 20 minutes to go, but Uganda held firm to secure the points.