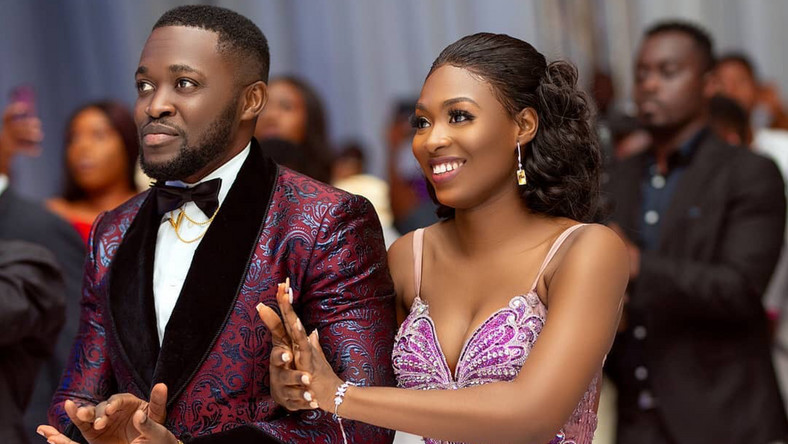 Kency 2020 wasn’t birthed smoothly because initially, Tracy, once said no to Kennedy.

The first son of Ghanaian millionaire, Osei Kwame Despite, married Tracy Ameyaw, a young fashion illustrator, at a flamboyant ceremony which has left Ghanaians on and off social media talking. Accordingly, many have expressed their admiration for the newly married.

However, Kennedy and Tracy’s relationship did not happen easily against the odd that the opulence influence of Ken’s father is enough for him to easily win the heart of most Ghanaian girls.

This has been revealed in an animated story of how the lovers first met at a wedding. The story was first told at their wedding dinner, when the short film was projected into their sophisticated mechanized wedding cake, for their wedding guests.

Fadda Dickson, Managing Director of the Despite Media Group who is also known as Despite’s righthand man, shared the animation on his Instagram page which loudly mentions that Tracy first declined to be in a relationship with Kennedy but he persisted and won her heart.

However, the post has since generated a buzz as social media users have made several meaning into the story, with some suggesting that Ken snatched Tracy from another guy because a line in the narration said “in the race of love, over taking is allowed”.

It is believed that to shy away from this conversation or analysis, Fadda Dickson has now removed from his Instagram page. However, the video is also available on other social media platforms. Watch it below.