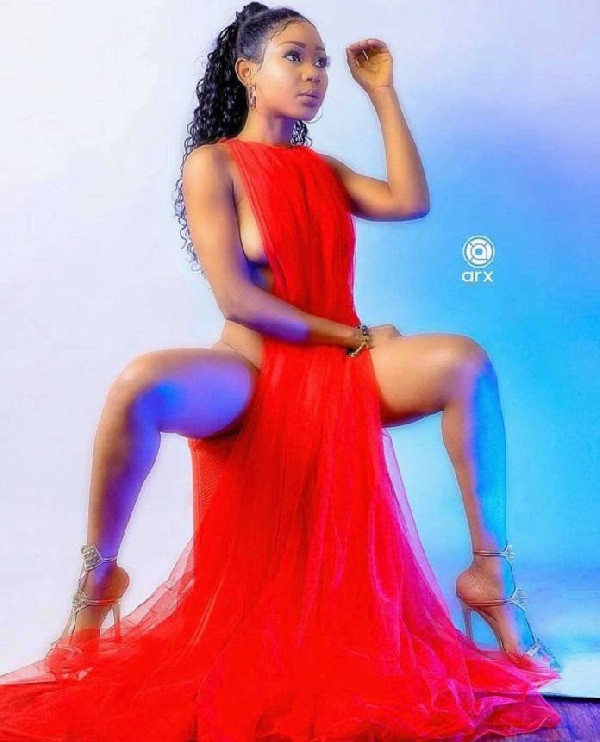 The Ministry of Gender, Children, and Social Protection says it is liaising with the appropriate agencies to handle the release of an infamous nude picture by actress Rosemond Brown (Akuapem Poloo).

The showbiz personality in celebrating her son’s birthday, Tuesday, shared the said photograph on her Instagram page.

In a statement signed by the Minister in charge of the ministry, Cynthia Mamle Morrison, the picture can be classified as indecent exposure of the child, an act of pornography, degrading and is also against the children’s Act, 1998 (Act 560) as well as the Criminal and Other Offenses Act.

The Ministry in the release emphasized that sharing of nude pictures on social media at all times contravenes the law. She urged the public to desist from such acts.

Read the full release below: 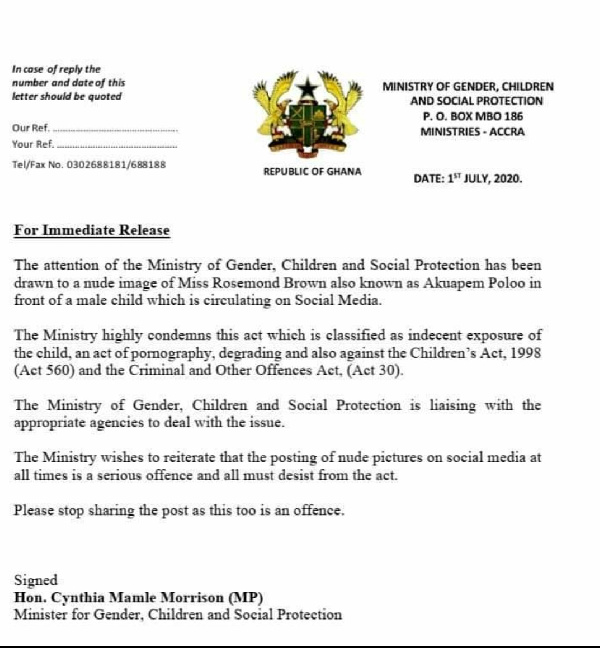 The Ministry of Gender, Children, and Social Protection Letter