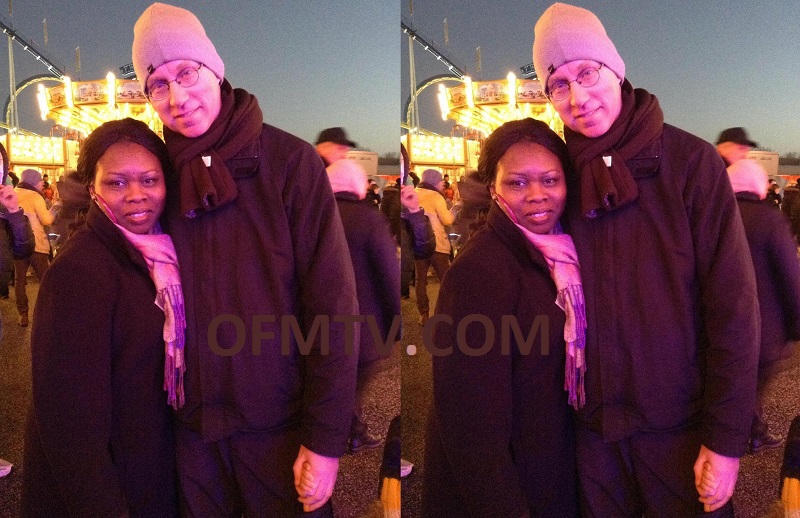 Late Juliet Osei aka Nana and her German ex-husband Marc

Report reaching GhanaSky.com through ANA-ZongoNews Media Group indicates that, the largest Ghanaian community in Germany were shocked with the news of 42-year-old lady.

According to GhanaSky.com source, Ghanaian woman Juliet Osei, also known as Nana was allegedly killed by her 49-year-old ex-husband on Wednesday afternoon in the city of Hamburg, Germany.

On the fateful day, the eleven-old-son of Juliet Osei came home from school looking for his mother and entered the bedroom to find her lifeless body in a pool of blood on bed with stiches of knife.

The son screamed drawing the attention of the neighbours who alerted the police.

According to information gathered by GhanaSky.com through ANA-ZongoNews Media Group, the 49-year-old husband, Marc Micheal H, has a record of past violence against his late wife, whom he threatened with a gun.

Neighbours described the suspect as rude and unfriendly who has never greeted anyone in the apartment block.

The State Prosecutors in Hamburg – Germany, during a dispute in September 2017, the 49-year-old German husband, Marc Micheal H, beat his Ghanaian wife with several punches to the ground and threatened her by saying, „I’m going to kill you.

Two weeks later charges were brought against the husband Marc Micheal H and there was injunction against him.

The man was only allowed to approach the wife at the distance of 50 meters and contact between the two was forbidden until March 2018.

Certainly, arrangements were made for Juliet Osei to move to a different apartment with her children, but he visited children regularly and picked them to spend the weekend with him in his house.

So, the dispute of joint custody over the children might be behind the Wednesday bloody murder.
The late Juliet left behind four children: 7,11,14 and 18 years old.