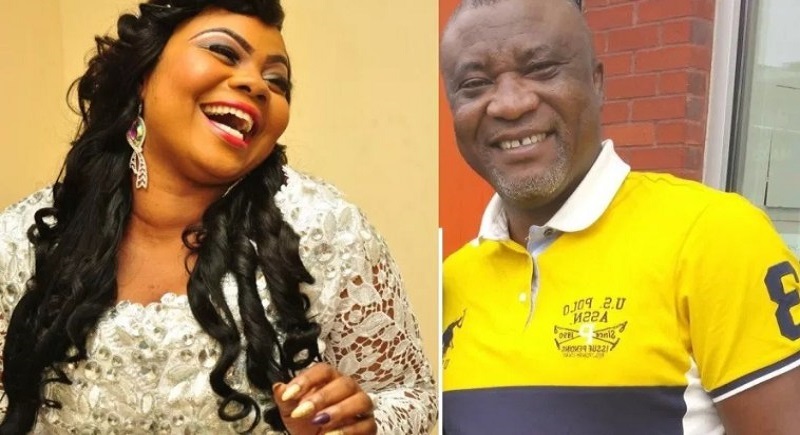 Ghanaian gospel musician, Gifty Osei aka Empress One, is engaged to a member of the New Patriotic Party’s (NPP) communication team Hopeson Adorye.

Hopeson Adorye lost his one year marriage wife in March 2017, unconfirmed reports say she died of cancer in Germany.

Hopeson Yaovi Adorye, on the other hand, lost his wife in the same year that Gifty Osei left her marriage.

Gifty Osei who was also married to Prophet Prince Elisha Osei for 10 years, was divorced by the man of God early 2017.

The “Aseda” hit maker got engaged to Adorye on Thursday (October 25) in Accra. 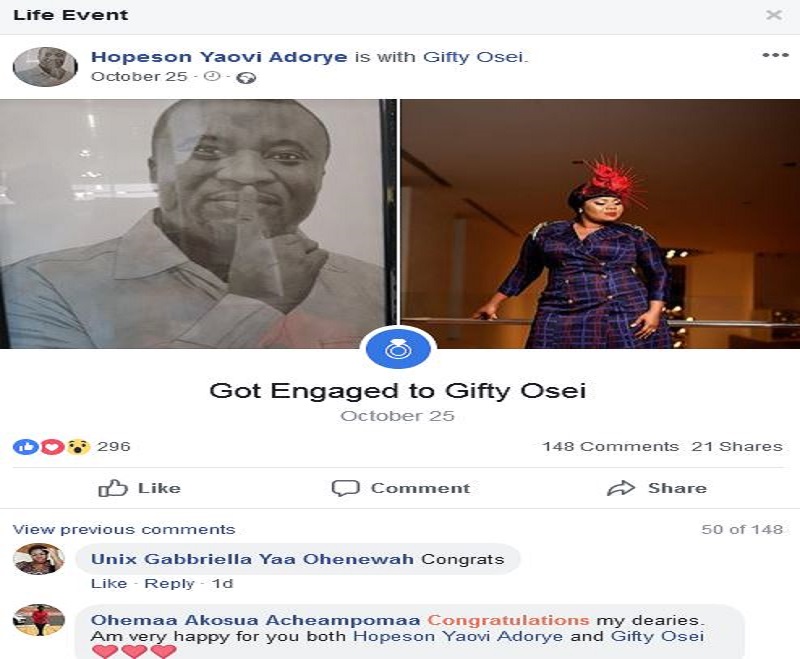 Mr. Adorye, in a profile update on Facebook confirmed the reports that he has indeed tied the knot with Gifty.

Hopeson Adorye lost his wife in March 2017 after she reportedly battled with cancer.