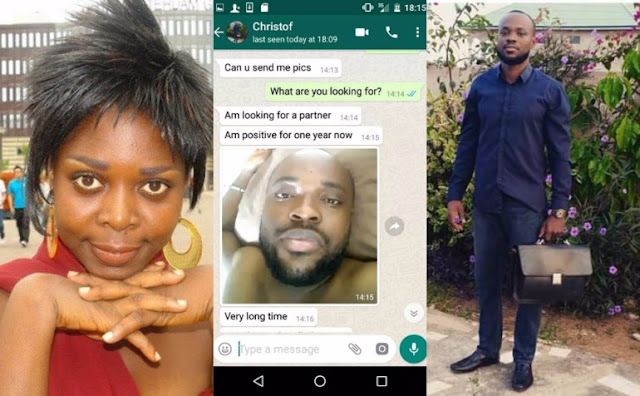 Former HIV/AIDS Ambassador Joyce Dzidzor Mensah, who recently threatened to kill herself and her kids either as an attention seeking stunt or a genuine cry for help, is back and has another story she’s selling.

This time Dzidzor is spinning a yarn about a gentleman known as Kristoff Adjei, who she claims came to her saying he was HIV positive and depressed and needed help and they ended up twice having sex, using protection both times.

According to a post on her page, Dzidzor says Kristoff has now dumped her and is threatening to have sex with other ladies even though his HIV status is still not particularly clear.

The actress/singer shared screenshots of their conversations to prove they had a romantic relationship and said she was working on getting Kristoff arrested; although it’s not exactly clear what charges she can have slapped on him.

Well Dzidzor recently said despite her status men are always in line waiting to chop her so we can’t say this turn of events is surprising.

What troubles us about Dzidzor is her conduct over the years has always been suspect and following her recent suicide threat it’s really dangerous to keep her kids with her.

Hopefully everyone is not waiting for something tragic to happen before expressing needless condolences. 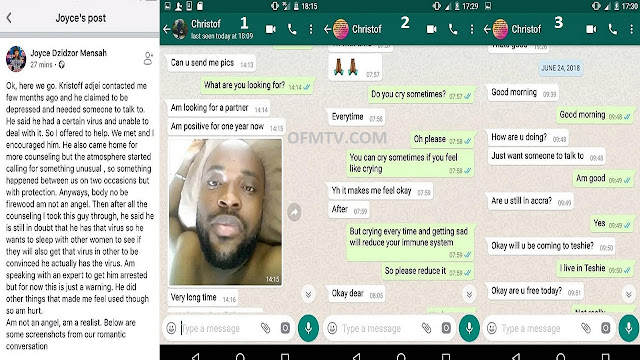