TREND NEWS
Home Africa Africa News I was overpaid as Deputy Minister; but I returned it – Martin Amidu

I was overpaid as Deputy Minister; but I returned it – Martin Amidu 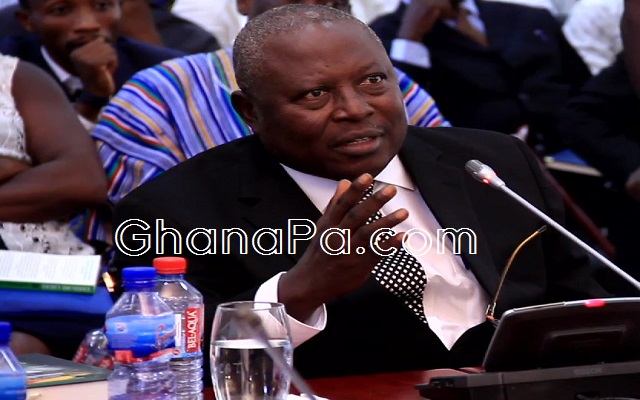 The Special Prosecutor, Martin Amidu, has told Citi News’ Umaru Sanda, that he was once overpaid when he served as a Deputy Attorney General, but he returned the amount to the state.

He has thus suggested that the National Democratic Congress [NDC] Members of Parliament being investigated for allegedly taking double salaries, could be charged with abuse of office for personal gain if found guilty.

“Indeed, that [double salary], is an offence of abuse of office for private gain,” Mr. Amidu said in an interview with Citi News’ Umaru Sanda Amadu on Thursday.

Some NDC MPs who served as ministers or deputy ministers are currently in hot waters after they were cited by the Criminal Investigations Department (CID) for allegedly taking double salaries.

25 of the MPs were initially asked to report to the police, but 18 of them were later asked to disregard that invitation.

So far, about eight of them have been interrogated by the CID and are being investigated for stealing; an allegation the Minority in Parliament has rejected.

Speaking in the interview, Martin Amidu advised that the investigations into the scandal must not be thwarted regardless of the pressure.

The Special Prosecutor insisted that he will not have the conscience to prosecute ordinary Ghanaians if the double salary matter is not dealt with appropriately.

“… Why should a Special Prosecutor be prosecuting ordinary Ghanaians and your honourables will be involved in these things then they will be talking to the president to wash it up. Then I have no need sitting here. I won’t even have the conscience to continue.”

“Will I have the conscience to prosecute any other body for corruption if the CID finds something prosecutable and are not allowed to prosecute because Members of Parliament are involved? That is not fair,” he added.

They should have returned the double payments

Martin Amidu opined that, the MPs should have returned the double payments when they started receiving more monies in their accounts.

He said it happened to him when he was serving the State as a Deputy Minister, but he returned it.

“Money was ever paid into my account…When my bank notified me I told them to return it because that is not what me and the Attorney General agreed. I could have kept it. This is what they should have done. You don’t keep the money for six months, one year, two years or three years, you’ve left office, one and half years, you’ve not made any efforts to return it. Then when the CID begins seeing it now you are rationalizing it and yet when the ordinary man takes plantain one bunch, he goes to jail for 15 years. So what is the political elite telling us?”

“If it’s been happening since 1992 and no one has seen it, now it has been seen, those responsible should bear the consequence,” he added.