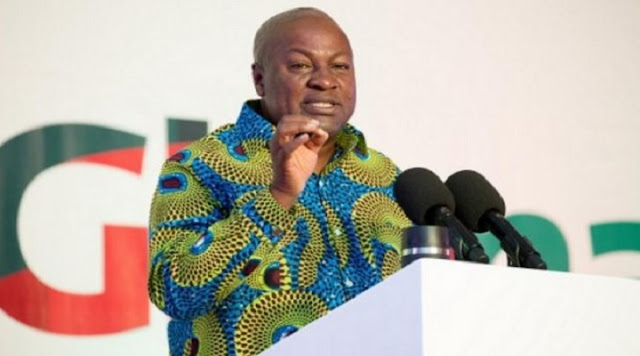 Former President John Dramani Mahama has said he would better-run the Akufo-Addo government’s Free Senior High School (SHS) policy if he recaptures power in the 2020 polls.

Mr Mahama, who has been touring and campaigning in the Central Region to gain the mandate of delegates of the party as the flagbearer of the National Democratic Congress (NDC) ahead of the 2020 general polls, told party supporters in the Cape Coast North Constituency that he will institute a national stakeholders’ conference to devise ways to make the programme more effective.

“We shall come together and decide on the proper implementation of Free SHS,” he said.

According to him, the NDC has “done it before”.

Mr Mahama pointed out that under the tenure of fellow flagbearer contender Ekwow Spio–Garbrah as Minister of Education in the Rawlings administration, the government organised a national conference on education and invited teachers, the Trades Union Congress (TUC), Organise Labour and other associations to deliberate on the best way forward for Ghana’s education.

It was at that conference, Mr Mahama said, that “a decision was taken to introduce the Ghana Education Trust Fund (GETfund) as a means of financing education in Ghana”.

He said as president for the second time, he would organise a similar conference that will culminate in the production of strategies that will ensure that the Free SHS programme is better-run under his presidency than what the Akufo-Addo government is currently doing.

“It is the same thing [and] I believe that if Ghanaians come together, we can come out with a workable timetable and schedule for implementing Free SHS,” he stressed.