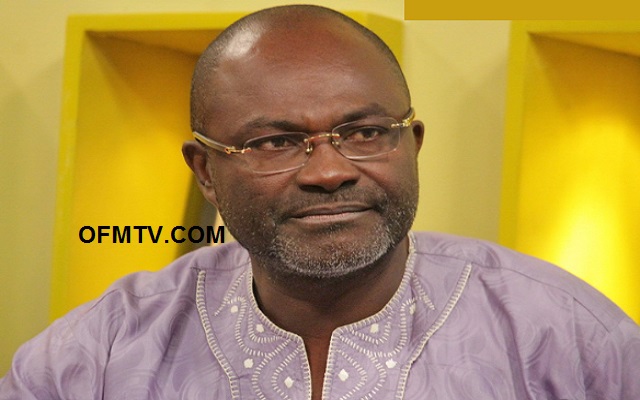 New Patriotic Party Member of Parliament for Assin Central Constituency in the Central Region, Kennedy Agyapong has taken former president John Dramani Mahama to the cleaners for asking illegal miners popularly known as “galamseyers” to vote against incumbent NPP in 2020 elections because they have been thrown out of jobs.

According to him, he is very disappointed that the former president could incite the illegal miners against the current administration.

“President Mahama is my friend. But I’m very very disappointed in the statement he made,” he said.

Former president John Mahama who was assessing the fight against illegal mining during the NDC’s unity walk in Kumasi on Saturday, April 28, 2018, described government’s approach in the crusade as counterproductive.

Mr John Mahama who accused the government of throwing the illegal miners out of job stated categorically that “if you want your jobs back then you must vote NDC back to power in 2020.”

Speaking on Oman FM’s National Agenda Show which was telecast on NET 2 TV, the outspoken lawmaker accused former President of being complicit in the destruction of river bodies and forest reserves of the country

Kennedy Agyapong who took a strong position against illegal mining in the country charged Ghanaians to join in the fight against galamsey else they country could suffer the implications of galamsey in the near future.

He also took a swipe at some military personnel who allegedly take money from illegal miners and aid them to engage in the acts which continue to destroy water bodies.

Giving a chilling account of how some military personnel were taking money from illegal miners said “the first time I got to know was when some guys from Winneba who were hitherto engaged in illegal mining in Wassa came to tell me that some military officers are aiding illegal miners. There I got the interest to do my own investigations to see. Have you seen what has happened? God has blessed me. The Minister was arguing with me that it’s not that military is aiding the illegal miners”

“Today, the image of the military is going down because instead of defending the nation they have turned around and are going about extorting money from illegal miners.” He alleged.

His anger stems from the report of how a military officer shot his colleague from extorting money from illegal miners.