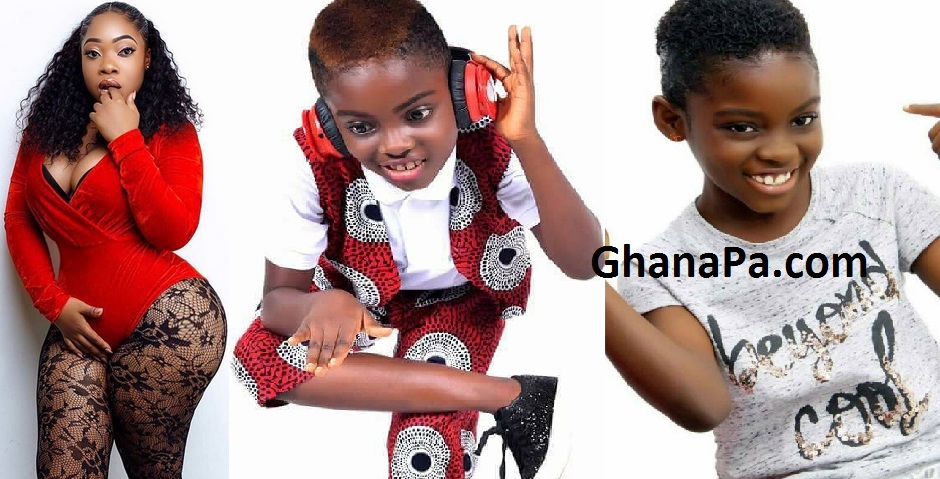 She was featured on BBC Africa’s new children programme “BBC What’s New” where she gave the world 5 tips on how to become a great DJ. Watch and take some notes.
Heavy duty asset and Ghanaian actress, Moesha Babiinoti Boduong has landed her herself in another public ridicule after Ghana’s youngest DJ, DJ Switch was on BBC Africa.

In the video sighted on the Instagram page of thosecalledcelebs by BBC Africa, DJ Switch was educating the public on how to become a very good DJ.

She gave five strong ppoints on how one could become one of the finest and powerful DJ like her. Her lecture is one of a kind as one will never have believed it was coming from a youngster.

Some people rekindled the insult of Moesha’s CNN interview saga after they watched the youngster’s video.

The Instagram Model in an interview with Christine Amanpour on “S*x & Love Around the World” show, She made it known on the show that, Ghana’s economy was very difficult to penetrate so in order to survive as young woman, you have to raise funds from married men by sleeping with them to support yourself and aquire the things you need but can’t get on your own.