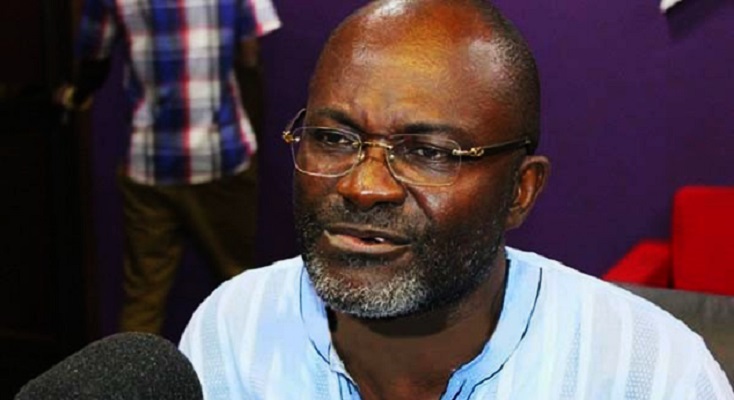 Member of Parliament (MP) for Assin Central the Honourable Kennedy Agyapong is alleging that a known big man in the ruling New Patriotic Party (NPP) is behind the land guard murder and beheading of an unknown man whose body has been deposited at the morgue, My News Gh can report.

I am sad today, it has taken me the courage to come and sit here. Where the country is heading we all need to rise up.” Kennedy Agyapong said before he spilled the beans, saying he is afraid.

In an appearance on Asempa FM followed keenly by My News Gh , Mr Agyapong alleges that one Kwesi Alhaji, a popular land guard has the blessing and protection of a known NPP big man to carry out the murders with impunity as even law enforcement officials cannot take action against him owing to the power behind him.

“The sad thing is that today some chiefs I met who were telling me about one Kwesi Alhaji, I have mentioned his name before. Top police officers go to him and they eat grasscutter together.

This guy is killing people and as we speak they have killed someone who is in the mortuary.

The victim was beheaded, it took time before they found where the head was. If you dare resist their activities they wipe you off.” Kennedy Agyapong said.

“The unfortunate thing is that one gentleman called a top police officer and put it on speaker for me to speak with the policeman but he refused to claiming that those behind the issue if I speak to the matter he may lose his job.

He was given an assurance that it may not happen but he stood his grounds and refused to talk to me.

If you look at the fear in a police officer who said he does not want to meddle in issues of landguards especially Kwesi Alhaji because a top NPP guru’s law firm defends him each time he engages in crime so he is scared. I said wow!” Kennedy Agyapong added.

“This is where Ghana has reached. He can move to a house, express interest and clean everybody there. Breaks down the house and takes over the land, Ghana here!” he said.

“I am giving him the last warning, the NPP elder… if he jokes I will mention his name.

He should bear in mind we have suffered… Nana Addo sacrificed his life so many years, President Akufo-Addo and some NPP elders sacrificed their lives to get this party this far so you cannot go and back land guards to kill people and give the party a bad name.

The guy mentioned his name, the chiefs did and even the police officer. I will go to him in my sleep maybe he does not know when he goes to perpetrate crime he uses the name of the law firm to get away with it.

Unless he kills me in Ghana because you see the boys here, I will let them face him…Land guards versus land guards. The police protecting us are scared…the tone of the policeman was very scary.”