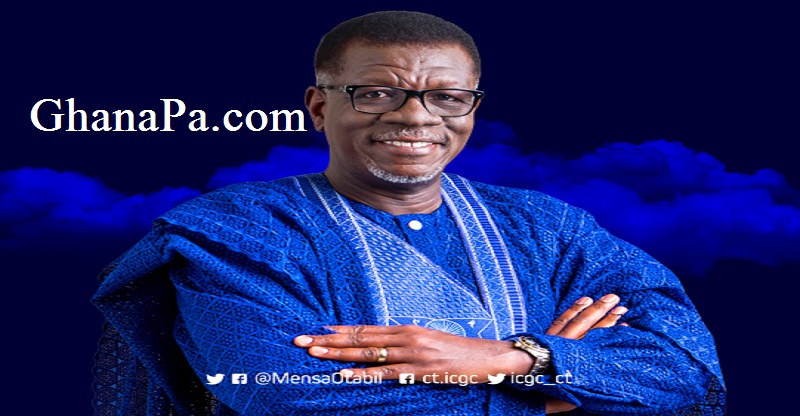 According to GhanaSky.com analyst, Pastor Mensah Otabil attacks Prophets on “Death Is Chasing You Prophecies”.

Doomsday prophets are making it difficult for Africans to break free from the centuries-old inferiority complex and lack of confidence that have shackled the continent and imprisoned its citizens mentally and developmentally, Pastor Mensa Otabil has said.

The motivational speaker said the doomsday prophecies of some African pastors have led to the imprisonment of the continent’s peoples.

“So, when will the African ever rise up and say: ‘I can do it’, when every time he feels there is something chasing him to destroy him?

“So, here we are”, he said, “a people imprisoned by our own culture. And unfortunately, imprisoned by religion”. “So, how do you solve it? Some people say Christianity is part of the problem, and in a way, yes”.

According to him, finding solutions to the African problem is part of his calling into ministry by God, and a mandate he is determined to carry out through his teachings at ICGC.

“When you’re bitten by a snake and you’re poisoned by snake venom, the only cure to a snake venom is the snake itself. You have to create anti-snake serum from the snake’s bite to purge what happened first. So if we think that our problems are spiritual, then it’s going to take a new spiritual formation, a new spiritual understanding to solve our problems. I believe that is what ICGC exists for.

“We’re here as an antidote and that is why you will never come here and hear me say anything that will make you feel that [when] you leave here, you should live in fear that there is a demon running after you.

“Listen, we are already running, we don’t need anything to help us in running, we are already running. I’m not going to come and tell you it’s your father’s house or a demon and all kinds of things and ‘you can’t do it’, and ‘you have [a] short [life] to live’ and ‘you can’t survive’, ‘you have to come for me to pray for you before things work’; who am I to hold your destiny in my hand? You are bigger than my hand and you are created in God’s image, you have an assignment from God himself, bigger than any pastor, bigger than any preacher.

That’s your destiny. And if you’ll go for people to imprison you in their small mindedness, then you are the problem. Because believe you me, you choose what you eat and you should choose what you listen to,” Pastor Otabil said.