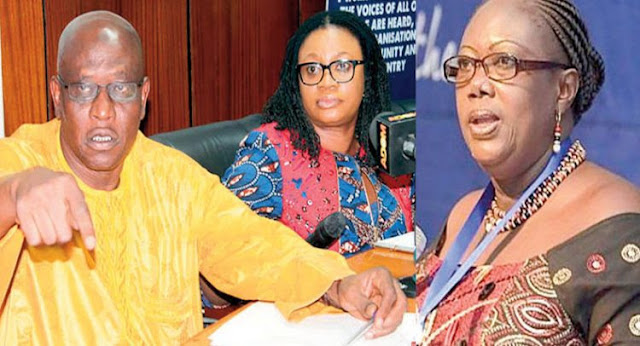 It was reported that the president of Ghana has removed the Chairperson of Ghana’s electoral commission Mrs. Charlotte Osei from office since, 28th June 2018.

According to a statement released by the communication directorate at the Jubilee House, their removal follows report submitted to the president by a committee set by the Chief Justice of Ghana, Justice Sophia Akuffo to investigate the conduct of the Electoral commision heads.

The committee recommended the removal of Charlotte Osei, Georgina Amankwah, and Amadu Sulley from office on the grounds of “misbehavior and incompetence”, the statement said.

READ THE FULL STATEMENT BELOW:

In July 2017, a petition was filed by staff of the Electoral Commission against the Chairperson, Charlotte Osei, calling for a full-scale probe into various allegations, including willfully causing financial loss to the state and abuse of office.

The staff also claim that the political posture of Mrs. Osei prior the conduct of the 2016 general election nearly caused instability in the country.

These among other petitions led to the formation of the committee by the Cheif Justice, Justice Sophia Akuffo to probe the Electoral commision heads.