TREND NEWS
Home Africa Cup Of Nations - AFCON 2019 Senegal vs Algeria 0-1 Full Highlights And All Goals, Les Fennecs prey on Teranga Lions to reach next round

Senegal vs Algeria 0-1 Full Highlights And All Goals, Les Fennecs prey on Teranga Lions to reach next round 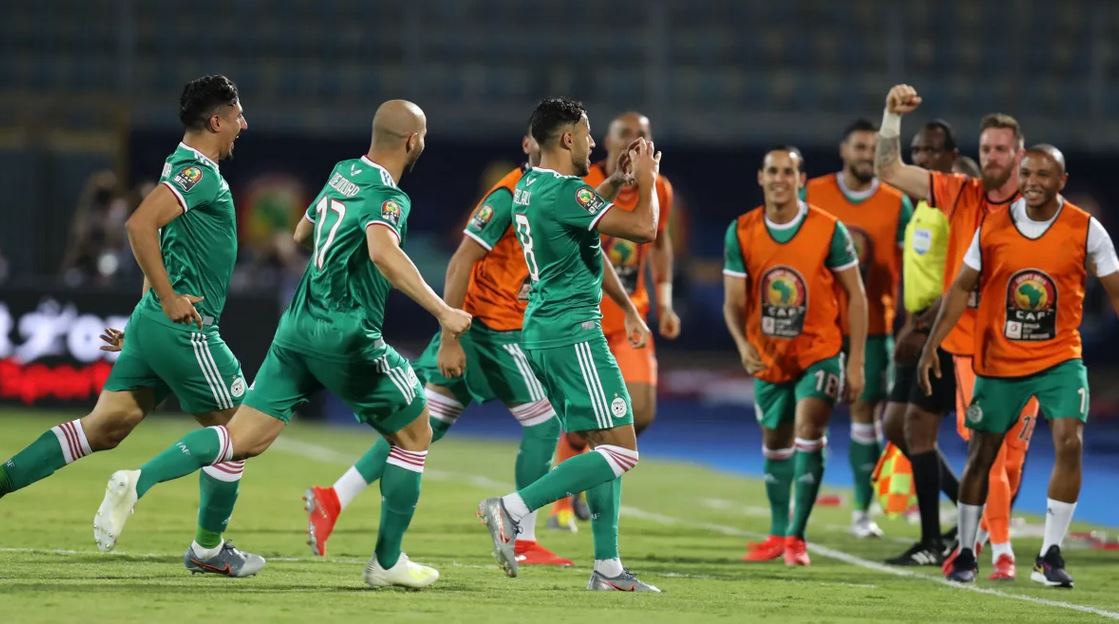 Senegal vs Algeria 0-1 Full Highlights And All Goals

Algeria became the third team to book their place in the 2019 Total AFCON round of 16 when they emerged victorious 1-0 from their Group C Match day 2 thriller over fellow favourites and Africa’s best ranked team Senegal on Thursday at Cairo based 30 June Stadium.

Youcef Belaili scored four minutes after the break to send Les Fennecs to the round of 16 as the third team to achieve this after Nigeria and hosts Egypt.

The game started with both sides adopting cautious tactics respecting their opponent. The first 15 minutes witnessed no action on both ends with most of the play being in the midfield. The game’s first real chance fell to Youcef Belaili whose shot from a free kick after 16 minutes found the safe hands of Senegal’s goalkeeper Edouard Mendy.

Senegal’s star Sadio Mane tried his luck from outside the area but his free kick went high over the crossbar at the 22nd minute.

At the half hour mark Baghdad Bounedjah should have given Les Fennecs the lead. The Algerian lanky striker received a long ball and rounded goalkeeper Mendy, just for Khalidou Koulibaly to clear the ball before the Algerian could send it home.

And just before the break Riyad Mahrez found Bounedjah who once again was the thorn in Senegal’s defense throat. Bounedjah tried to deceive Mendy at the near post but saw his ball in the side netting as the first half ended goalless.

Algeria resumed as the better side and it took them just four minutes to take the deserved lead. Sofiane Fighouli sent a calling cross that found Belaili whose shot was too much for Mendy to deal with.

Senegal responded with fierce attack trying to find the equalizer, while Les Fennecs relied on counter attacks. Badou N’diaye tried to have the best of Algeria’s goalkeeper Rais Mbolhi but saw his shot just missing the target at the hour mark.

Algeria’s top notch Mahrez could have doubled his side’s lead after 71 minutes but his shot after dribbling past two Senegal defenders just missed the target.

M’bolhi saved Les Fennecs ten minutes from time when he proved strong enough to stop Youssef Sabale’s shot from just outside the area, with Alfred N’diaye failing to connect with the rebound ball.

Bounedjah missed the game’s last chance when he made use of a swift counter attack but his shot went just wide.