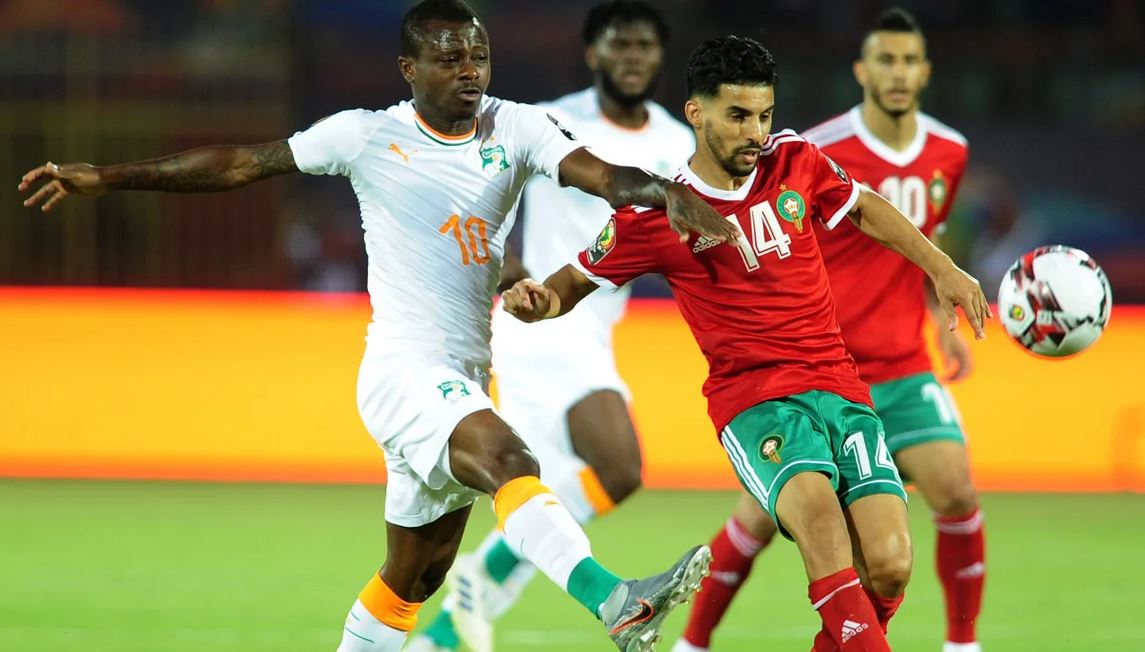 Herve Renard’s dream of winning the Africa Cup of Nations (AFCON) with three different teams remained on course on Friday after seeing his side beat former employers Côte d’Ivoire 1-0 in their second Group D clash at the Al Salaam Stadium in Cairo to progress to the round of 16.

The victory sees Morocco move top of the group with six points while the Ivorians drop to second with three and will have all to play for in the final game of the group against Namibia on Monday.

Youssef En Nesyri grabbed the all important goal in the 23rd minute to hand the Atlas Lions their second win of this year’s showpiece.

Morocco Keeper Yassin Bounou’s two brilliant saves in the final five minutes of the first half ensured Morocco went to the break a goal up, in an opening 45 minutes that was fast paced and rich in attacking play from both sides.

Bounou twice rose up acrobatically to keep out two ferocious shots from distance by Serey Die who was accorded plenty of space from outside the area.

The game started with a clear indication on how it would be for the entire 90 minutes. In the first minute of the game, Roman Saiss was forced to clear the ball from the line after Jonathan Kodjia bounced a header past the keeper off a Serge Aurier cross from the right.

Morocco took the cue and also got on the attacking foot and their efforts paid off in the 23rd minute when En Nesyri broke the offside trap before sweeping home a brilliant through pass from Nordin Amrabat.

Just before the goal, En Nesyri had come close when his connection from an Achraf Hakimi cross from the right came off the side netting with the Moroccan fans shouting in delight thinking the ball had gone in.

Keeper Bounou was Morocco’s savior, making a brilliant block to deny Max Gradel at the edge of the box with Kodjia hitting the rebound wide with the keeper down.

In the second half, Côte d’Ivoire went full offensive with coach Ibrahim Kamara pulling out Gradel and Jean Michael Seri for Maxwell Cornet and Wilfried Bony respectively. They were also forced to pull out skipper Aurier after he picked up an injury.

Bony had a late chance but his header off a Bagayoko Mamadou cross went wide.

Morocco should have killed off the game in added time but substitute Noussair Mazraoui hit the crossbar with a gaping goalmouth off a Hakimi cross.