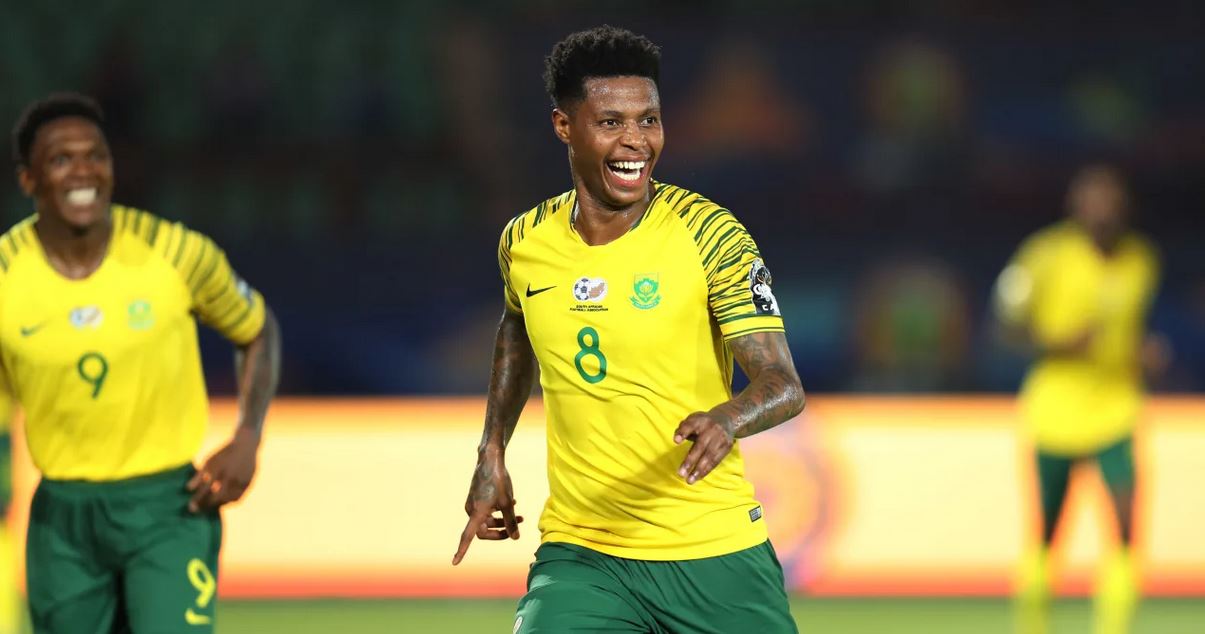 South Africa’s Bafana Bafana will have all to play for in their final Total Africa Cup of Nations (AFCON) Egypt 2019 final Group D match against leaders Morocco on Monday after beating Namibia 1-0 to revive their hopes of a last 16 place.

The victory took their tally to three points at third place, same as second placed Côte d’Ivoire but with an inferior goal difference. South Africa will need to win and hope the Ivorians falter against Namibia and drop points, for them to go through automatically.

But, South Africa can still qualify to the second round if they avoid defeat whether or not the Ivorians win, as in the least, they can go through as one of the four best number three teams.

In a cagy affair against COSAFA rivals Namibia, South Africa knew they needed victory at all costs if they were to retain hopes of progressing beyond the group stages.

And they got the all important goal in the 6th minute when Bongani Zungu angled a header beyond the Namibian keeper off a Percy Tau corner.

Just three minutes before that, Bafana had dodged a bullet when Buhle Mkhwanazi cleared the ball off the line after Deon Hotto had taken an aim at goal when the ball fell kindly to him off a spilled ball from keeper Darren Keet.

It was a game that didn’t have many open scoring chances, but the South Africans will take the result anyway. Sibsiso Vlakazi threatened early with a shot from range on the quarter hour mark, but the effort went over the bar.

It was same script in the second half with a few moments of brilliance. One such was in the 78th minute when the industrious Tau weaved his way to the edge of the box before playing a one-two with Zwane but his shot went into the keeper’s waiting arms.
While it was expected that Namibia would rise in attack and try get an equalizer, it was Bafana who had more chances to score through Tau and Lebo Mothiba, but they couldn’t get anything past the keeper.