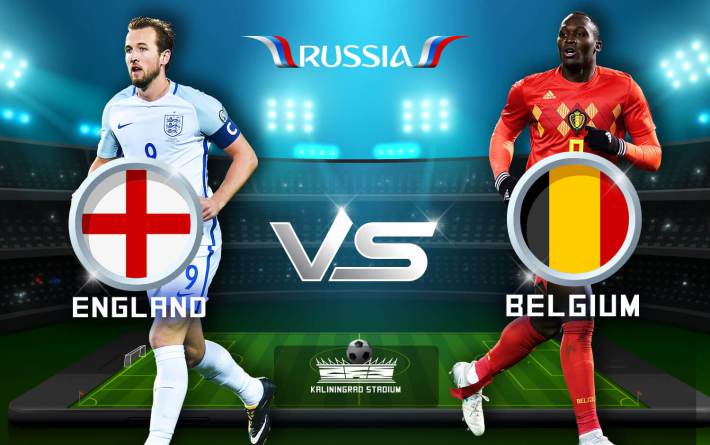 England will face Colombia in the last 16 of the World Cup after a spectacular strike by Adnan Januzaj ensured Belgium finished top of Group G.

We already knew that Gareth Southgate is an England manager not afraid to be bold. Now we know he is a gambler. For all the talk of England needing to play football without fear they have put themselves under immediate pressure by making wholesale changes and losing their final Group G fixture to finish runners-up to Belgium.

OK, England have dropped into the apparently easier half of the draw and this may all turn out to be for the best but they first face Colombia, and their 30,000-strong feverish fans who will make Moscow feel like Bogota, in the last-16.

If England lose that then much of the sense of progress from the tournament will wash away and they would return home having only beaten Tunisia and Panama and yet again failing to claim a big scalp.

That is the worst case scenario. On the flip side they are only games against Colombia and either Switzerland or Sweden away from reaching a World Cup semi-final and that is a tantalising prospect.

You can tie yourself in knots on permutations but it was Belgium coach Roberto Martinez who summed it up. “We have to focus on Japan,” he said of his side’s next opponents. “England will focus on Colombia and if you look further than that you are risking a lot.” England have taken that risk, whatever arguments Southgate puts forward on the need to rest and rotate.

More immediately there was no disguising the fact it was a flat performance from England who still need something more sustaining. If the intent from the shadow team, with eight changes having been made, while Belgium went one further with nine, was to give Southgate food for thought, then he will go hungry.

Hopefully, Southgate’s master plan will pay off while he could argue that the whole world appeared to be telling him that it was smarter to finish second and it would show the kind of streetwise approach that is so often lacking. Except that was not the strategy at this World Cup where England were all about winning hearts and minds and attacking the tournament. There is a sense of momentum being checked.

For England it was only goalkeeper Jordan Pickford, John Stones – who was replaced by Harry Maguire at half-time as planned – and Ruben Loftus-Cheek who played against Panama which meant Southgate had named a different starting team for the 21st consecutive time and, by the final whistle, had used all 20 outfield players at this World Cup.

Eric Dier was captain and the midfielder was one of several who struggled but, again, this forgettable match, the first time England lost to Belgium since 1936, will be forgotten if England beat Colombia.

Having gone into this tie level in every way, England were top of the group on fair play, having collected fewer cautions and that metric was weighted even more heavily in their favour as Belgium were handed two more yellow cards in the first-half for tackles on Danny Rose. Those cards were cheered by their fans and it looked like the Belgians were ensuring second-place by that means.

The oddness of it all was summed up by Michy Batshuayi who celebrated Adnan Januzaj’s winning goal by picking up the ball and trying to hammer it into the net. Instead, it cannoned back off the post and hit him in the face. Some will say it was even odder given it was Januzaj, a Sunderland flop re-building his career in Spain, who scored.

It was a strange atmosphere. The fans, mainly the Russians, jeered first Belgium, and then England, as they kept the ball without purpose. Added to that sense of surrealism was the sight of Marouane Fellaini playing in the Eden Hazard role, out on the left of the attack.

Both sides were booed off at half-time and there was not one second added by the Slovenia referee Damir Skomina. Although Belgium were accused of not wanting to win it, they created the best chances even before they scored: Youri Tielemans sent in a dipping shot which was punched away by Pickford; Fellaini headed down with Stones inadvertently hooking the ball goalwards and Batshuayi managing to force an error by Pickford who allowed it to squirm away. Gary Cahill, though, was there to hook the ball off the goal-line.

As for England? There was a Vardy header wide, a Loftus-Cheek header wide and a Cahill header wide which, as that would suggest, meant they were even more dependent on crosses and set-pieces. In fact, they were very poor at times, lacking creativity and morphing into a long-ball team.

Vardy stole away possession early in the second-half and finally there was a chance for Marcus Rashford only for him to bend his shot far wide.

Moments later and Januzaj – the Manchester United wonderkid before Rashford – bamboozled Danny Rose and curled a left-footed shot that had Pickford clawing the air. Martinez did not celebrate although his players and the fans did.

Rashford had his chance. He received a superb ball through from Vardy and was clear on goal – only for Thibaut Courtois to excel as he diverted the shot with his fingertips past the post. Even so, surely, Rashford had go on and score.

Southgate went for it, bringing on Danny Welbeck and withdrawing Alexander-Arnold, one of the few to impress, which meant Rashford going to right wing-back. Welbeck went close, with a goal-bound shot intercepted by Fellaini. As England pushed they were almost caught on the counter with Pickford making a fine save to deny substitute Dries Mertens and Fellaini shooting into the side-netting. Belgium may not have wanted to win but their B team was better than England’s. Hopefully, England will not regret this. It would be such a shame to mess up this campaign but the dice have been rolled.