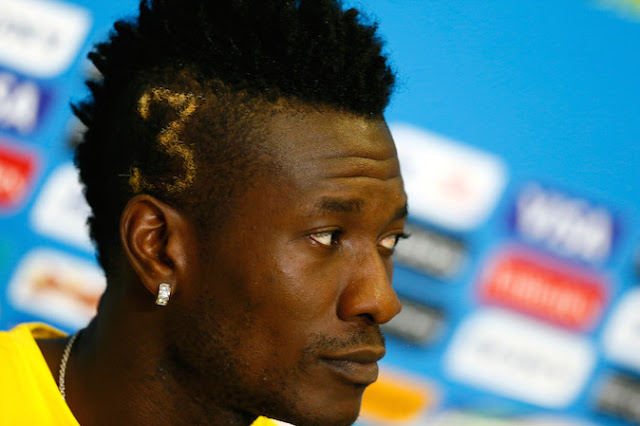 Black Stars captain, Asamoah Gyan obtained a license from the government of Ghana a few months ago to operate an airline dubbed Baby Jet Airlines in the West African country.

Baby Jet Airlines, as named by the top scoring African player at a FIFA World Cup tournament has since sparked a series of fake news and recruitment scams over the period with Gyan diffusing the situation in previous times.

However, the long wait is over.

Asamoah Gyan and management of the Baby Jet Airlines have put out a word of them recruiting cabin crew members.

The ad also says that Gyan and his team will fully sponsor qualified applicants for a full training at the Aerovector Training School.

Here’s how to apply.

Gyan who has previously played for Ghana Premier League side Liberty Professionals, Udinese in Italy, Sunderland in the English Premier League and Al Ain in the Gulf League currently plays for Kayserispor in Turkey.

The ERROR is found on third line:
“WOULD YOU LIKE A CAREER THE TAKES YOU PLACES” 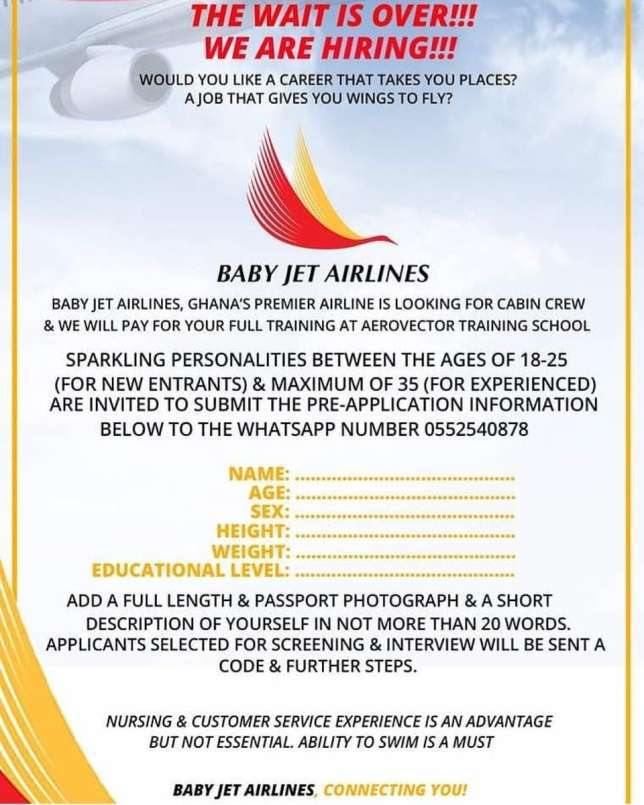