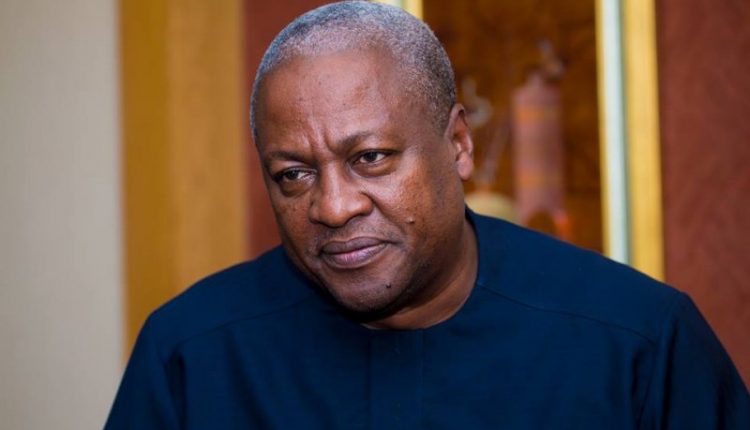 Former President John Mahama has been hit with yet another lawsuit four days to the National Democratic Congress’ (NDC) presidential election slated on Saturday, February 23, 2019.

In the latest lawsuit sighted by citinewsroom.com, a former Secretary of the NDC in the Trobu constituency in Accra, Edmund Palmer is seeking to restrain Mahama from contesting in the party’s upcoming presidential election.

Edmund Palmer in his writ wants the court to stop Mahama “from pursuing his bid to be elected as a flagbearer/presidential candidate of the National Democratic Congress in his capacity as a former president of the Republic of Ghana, without the permission of Parliament.”

The former NDC Trobu Secretary also wants the court to order John Mahama “to wind up the activities of his campaign office that was established for the purpose of seeking to coordinate his activities in his quest to become flagbearer/presidential candidate of the National Democratic Congress.”

He further wants Mahama to stop all fundraising activities in support his re-election bid without the permission of Parliament.

Earlier in the week, one Stephen Agyeman dragged Mahama to court with the view of stopping Mahama from seeking re-election.

In his writ, Stephen Agyeman argued that Mahama’s re-election move violates the 1992 Constitution and he is thus asking the court to stop the former president from contesting in the NDC’s presidential election.

Mr. Agyeman is seeking a declaration to the effect that John Mahama “cannot purport to seek re-election as President of the Republic of Ghana” pursuant to Articles 68 clauses 2 to 9 of the Constitution.

Agyeman is also urging the court to declare that John Mahama is not qualified to stand re-election as president of the country.

“A declaration that pursuant to Article 66 (1) and 66 (2) of the 1992 Constitution, the defendant is not qualified as a candidate to stand for re-election as President of the Republic of Ghana on the ticket of the National Democratic Congress.”

According to Agyeman, because John Mahama enjoys some privileges as former President, raising funds to support his bid for the presidential ticket of the NDC, without the permission of Parliament, he “has contravened Article 68 (2) of the 1992 Constitution.”