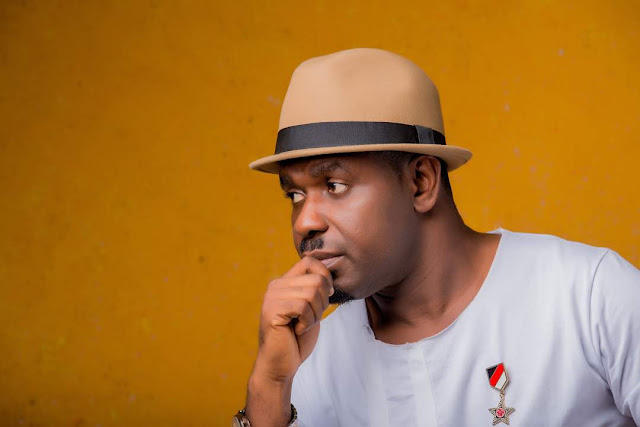 Report reaching GhanaChurch.com analyst shows that, Ace music producer and sound engineer, Nana Sei also known as Nacee, reiterated his position that he is not specifically hooked to one particular genre like ‘Gospel’ as being peddled around.

To him, he prefers to be recognized as a musician and engineer.

He (Nacee) finds it difficult to be caged with a particular genre of music.

According to GhanaChurch.com source Kasapa FM, Nacee has forgetting that he became known because of GOSPEL MUSIC and no other genre of music?. Since the time he (Nacee) neglected God because of money making, he is not receiving any proper attention any more from Ghanaians; he is now disregarded in Ghana.

“I am a musician and every good musician writes from his heart, soul and spirit about what you feel and things surrounding you. I have gone through a lot in life so when I write my songs it is not about one particular genre or gospel, secular or whatever. I can see that what if I do things like this I write it from my soul and spirit age and I don’t think that it is good for anyone to ‘boxed’ me into one place because it may discourage or dampen the spirit of prospective future musicians who may be confronted with the same issue. I need to encourage such person that is not the end of life when they faced with such predicament”.

He disclosed this on Kasapa 102.3 FM’s Entertainment show when he officially launched his latest single from his released album entitled ‘Me Ne Wo aaa’ (You and I).

According to Nacee, his current single talks about love in a low tempo vein which combines multipurpose instrumentation and other genres like Sasa, Jazz fused with African beat which drops with a touch of class, a real African rhythm.

He explained that he developed the concept and the idea from a personal experience that led to the discovery of ‘Num Nsu’ (Drink Water) song.

“I developed the idea from a personal experience I had so I thought it wise I can develop it to be used by the tourism sector to use it as a tourist song to inform and entertain tourist at the same time educate them about our cultural values about the harmless foods available for them to eat.

“That is why if my name is mentioned it shouldn’t be restricted to only gospel because I am a musician.

“Our relationship continues to dwindle; everyone thinks he or she is right even a mere apology to settle scores is nonexistence leading to changing partners in a least provocation and most of us have become ‘professional prostitutes’ and turn to play the blame game.

“The respect or the purpose of marriage or becoming husband and wife or creating a family is no more there it has become fantasies. These days men or women wants women with huge body, boobs, tall, handsome, millionaire, cars, fair among other qualities instead of looking for real and genuine affection. We must show love and appreciate our partners for whatever contribution they make in our lives. If we go wrong in our relationship, we don’t need the whole world before we apologize and show our love. That is the essence of this song and is gospel in love affairs to tell everybody “Mi Ni Wua”. This song is not in to fight anybody but to at least let us change our perception, concerning certain things that we should love one another”.

He said his type of music is not extraordinary but revolve around contemporary and indigenous African rhythm where one finds impeccable rolling drum beats, rhythm, good arrangement and smooth voice over.

His type of music can be described as a mixture of known genres fused with Afro beat which can be compared to the works of renowned musicians like Rex Omar, Angelique Kidjoe, Salif Keita, Yuoussou Ndou among others.

This, he noted was his reason he finds it difficult to be caged with a particular genre because he uses such a wide range of influences to accomplish his good work.

“I have been working on this album for some time now and it hasn’t been easy. It has been long process of trying moments to decide what kind of music to do at a given period of time before help-tune myself to find my rhythm, physically and metaphorically. In fact a lot of soul-searching that goes into such project and to establish what I feel comfortable to sing about, say and the message determines the genre I want to bring out. I don’t only do gospel but cut across”.